When you book with an account, you will be able to track your payment status, track the confirmation and you can also rate the tour after you finished the tour.
Sign Up
559
1 day
Availability : All year around
istanbul
istanbul
DetailItineraryMapPhotosReviews

In one full day tour we will visit must seen historical sites in istanbul. Tour takes place in Historical Peninsula Sultanahmet area. You will enjoy history and vibrant city life include Grand Bazaar with more than 600 years old and still one of the most important shopping center for locals and with its history and attracting ambiance for tourist also.

Around 07:30-08:30 depends on your hotel location exact pick up time will be informed.

Pick up will be done from city center hotels and you will meet the guide and the group at meeting point.

At the end of the tour we will drop you back to your hotel.

Pick Up Location : Hotel pick-up & drop-off service are available only from the hotels located in the city center.

Transfer from your hotel with our minivan

Meeting with your guide and group

You will meet with your guide and the group.

We will start with Hippodrome, where horse chariot races and all kind of sportive activities taken place during Byzantine and Ottoman era with its four monuments;The German Fountain of Wilhelm II, Egyptian Obelisk, Serpentine Column, Column of Constantine.

Blue Mosque is our next stop with its 6 minarets and famous Turquaz Blue iznik tiles.

Hagia Sophia-The most famous church in Turkey, one of the greatest marvels of Byzantine architecture, which was constructed as a basilica in the 6th century by Emperor Justinian and was the third Church of the Holy Wisdom to occupy the site, the prior one having been destroyed by rioters in the Nika riots. It was designed by the Greek geometers Isidore of Miletus who was born Miletus ( Ancient city close by Ephesus ancient city in modern Turkey )

Grand Covered Bazaar stating from 1454 after Ottomans conquered Constantinople to flourish the business and trade they started to built many Bedesten which in time connected and called as Grand Bazaar. The most attractive shopping centre in the world, with nearly 4000 shops, selling antique, jewellery, gold, carpets, leather wear and souvenirs.

Lunch will be served in a traditional Turkish restaurant. You can choose from menu kebab, pide, desert such as baklava and other delicious Turkish traditional food.

Topkapi Palace built between 1459 and 1465 where the Great Palace of Constantinople ( it was already ruined ). It was the main residence and administrative headquarters of the Ottoman Quarters til 18th Century. The imperial treasury, sacred Islamic relics, palace kitchens, Chinese porcelain, weapons are the exhibitions we may able to visit. 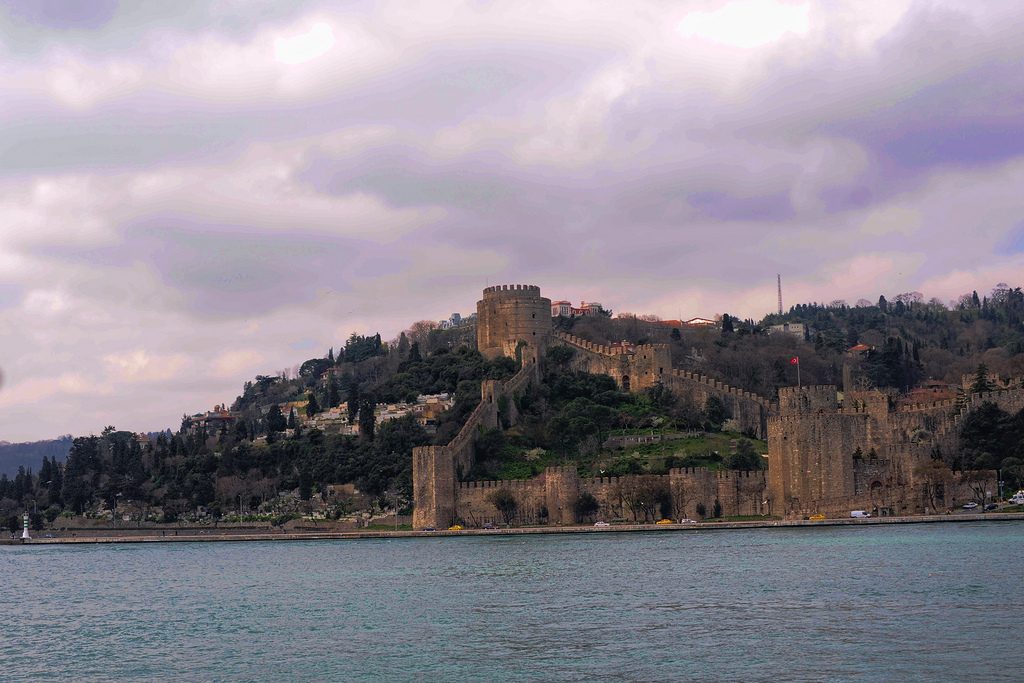