When you book with an account, you will be able to track your payment status, track the confirmation and you can also rate the tour after you finished the tour.
Sign Up
781
12 Nights and 13 Days
Availability : Any Day All Year Around
istanbul
istanbul
Min Age : 7+
DetailItineraryMapPhotosReviews

It is an extensive tour of Turkey.

Starting from istanbul to Ephesus region then Aphrodisias and Cappadocia region.

Not just highlights or just tourist sites we will take you into the local life in each corner of the tour.

Any day of the year.

YOU WILL GET ALL OF THE TOURS MENTIONED, HOWEVER THE SEQUENCE OF THE TOURS MAY BE RE-ARRANGED IF THE GUIDE FEELS IT WILL BE MORE EFFICIENT.

Subject to availability, the accommodations will be:

All hotel names will be shared by you before confirming the whole itinerary.

If your flights lands on early in the morning to istanbul we may offer you a guided Afternoon Orientation tour for istanbul.
Otherwise we do recommend is to get settled in the hotel and explore the close by area of your hotel before dinner and going to bed.

Full day private tour in Sultanahmet area. We will start with Topkapi Palace where it was called the home of Ottoman Sultan’s and center of State Administration for over 400 years. It has been constructed by Sultan Mehmet who is conqueror of istanbul in 1478. It i,s famous by its huge size and collections exhibited, Jewelry, ceramics, clothes of Sultans, Kitchen of Palace, Sacred Artifacts belongs to different religions and important characters from those religions. We will able to visit Harem section ( Private chamber for Sultan’s Family )
After Topkapi Palace we will visit Hagia Sophia. The first church has been built around 500 by Emperor Justinian I. The one we will see is the 3rd one on the same location. Previous ones has been damaged by fire and/or earthquakes. It had the biggest single standing dome almost 1000 years in the world. One of the most important Byzantine Architecture in the world.
Hippodrome where Chariot races and sportive games takes place during Byzantine era.
Next to Hippodrome is our 3rd stop; Turkish and Islamic Art Museums. This building called Ibrahim Pasha Place. He was the Grand Vizier of Magnificent Suleyman at the same time married with his Sister. Now building serve as Turkish and Islamic Art Palace holds an extensive Collection of fine Ottoman Calligraphy in gold and miniatures, Hand written books and collection of antique carpets.

Spice Bazaar or Egyptian Market where you will not just see but feel the best fresh herbs, spices, dried fruits, Turkish sweets, great variety of oils, Natural sponges and Hand Woven Loofah ( from natural materials ) and nuts of every type. You will also see in an around lots of exotic foods and restaurants.

Dolmabahce Palace is our next stop built in 1854 as house of Ottoman Sultans. It has been built under the effect of European Style. Huge Chandeliers ( one of them 9000 pounds cut glass with more than 150 bulbs on it ), Gold covered ceilings ( literally Gold leafs covered ), Crystal stairs, furnitures, carpets and Sultan’s private belongings are exhibited.

After visiting Dolmabahce we will take a local ferry along Bosphorus. Criss-crossing between Europe and Asian side of istanbul. Vision during ferry ride the feiner neighborhoods of istanbul with Palaces, Mosques, Fortresses and wooden Ottoman Mansions.

Today we will visit Blue Mosque, famous with Turkuaz Blue Iznik tiles. It has been built by Architect Sedefkar Mehmet Aga between 1609 and 1616.

We will drive to Kariye Museum ( Chora Church) with mosaics among the best in the world. Also known as the Church of the Holy Savior in Chora.
It has been used as mosque after Ottomans conquered istanbul however those mosaics kept. After Hagia Sophia it is the most important Byzantine monument in istanbul however it is my personal favorite.
After Chora Church we will walk down the area to enjoy very few corner of istanbul untouched with private houses, streets and neighborhood Balat.

Galata Tower by the Genoese built in 1348. Medieval Stone Tower 203 feet high nine-story tower. It was the tallest structure in istanbul when it was built. It has a balcony on top of tower offers panoramic old city istanbul view.
then we drive to the Old city part where we will visit Valencia Aqueduct ( it is part of Byzantine era clean water system ) and Women’s Bazaar.
Then we will drive to Suleymaniye Mosque and complex built by the most important architect of Ottoman times, Architect Sinan, this superb monument is Istanbul’s largest mosque complex. The mosque was built between 1550-1557 by Sultan Süleyman the Magnificent at the peak of the Ottoman Empire. On the long list of Sinan’s admired buildings, the Süleymaniye Mosque ranks among the top. The mosque crowns one of the Istanbul’s seven hills.

The Suleymaniye Mosque is part of a külliye consisting of a hospital, soup kitchen, hamam, library and medrese(religious school). It was the first mosque with four minarets. The rectangular outlay is similar to the Hagia Sophia but much more refined. The stained glass Windows next to the mihrab are among the oldest and most beautiful works of art in Istanbul’s history.

Different than other mosques, Süleymaniye has camel skin drums placed in its dome. You may not see them, but you can test the acoustics by stepping hard on the floor. Besides this, in order to gather the smoke coming from the oil lambs, architect Sinan built a ‘’ Smoke Room’’ above the gallery to the west. The sud gathered in this room was used to make ink for the institutions around the building.

Suleymaniye Hamam is our next stop. It is a part of Suleymaniye Mosque and complex and still working Hamam.

We will have a early morning flight to izmir. The guide will drive you to Selcuk and we will start full day tour with the Museum of Ephesus. It has fascinating artifacts from excavations of Ephesus ancient city; the main attractions are two statues of the Ephesian Artemis, as well as frescoes and mosaics.

One of the important artifact is an ivory frieze displayed in the museum which depicts the emperor Trajan and his Roman soldiers in battle with barbarians. The Slope houses were home of wealthy citizens of Ephesus is also a part of our tour .

Ephesus city is one of the seven wonders of the ancient world. Home of a Christian Shrine and a huge Library became the second largest city of Roman Empire.

Sirince will be our next stop also Lunch will be served here. It is a Greek and later Ephesian Christian town famous with apple and grape orchids and of course wine. Boutique wine production and well kept stone houses makes the town attractive.

After Lunch we will visit Basilica of St.John and the House of Virgin Mary where she spent the last years of her life.

We will visit Priene an ancient Hellenistic city located on top of hill under a cliff. Never captured by its location. Athena Temple with still standing columns.

Miletus is a short drive from Prienne. It was on the sea in ancient times. Evidence of first settlement at the site has been made inaccessible by the rise of sea level and deposition of sediments from the Maeander.
It has a magnificent theater built during the Hellenistic period and capacity of 15,000 people. It is one of the first cities has used GRID PLAN. The Architect and with many other titles Hippodamus of Miletus, the father of grid city plan has born in Miletus. From the top of theater you may see with your own eyes the grids on the ground.
Miletus is the birthplace of the Hagia Sophia’s architect Isidore of Miletus and Thales, a pre-Socratic Greek philosopher in c. 624 BC.
Didyma is famous with Temple of Apollo and means twins and refers to the twins of Apollo and Artemis.
Of the 122 original 60′ tall Ionic columns that surrounded the temple, only three remain intact. It si famous with enormous size head of Medusa. During last years of Ottoman empire lots of statues had been carried to different museums around the world from the area.

Today we will visit the Aphrodisias. As magnificent as Ephesus. Temple of Aphrodite, Goddess of love, beauty and sexuality.
White and blue grey Carian marble was quarried from slopes, for building facades and sculptures. Marble sculptures and sculptors from Aphrodisias became famous in the Roman world.
The Temple of Aphrodite is well-preserved and partially restored,

Today we will have a flight from İzmir to Kayseri to visit Cappadocia. Your guide will meet you in Kayseri airport and take you to your hotel. We use one of the Original cave hotels in the area. If you had a early morning flight and have time your guide will give you a orientation tour of the area.

We will visit the Agzıkarahan Caravanserai, It functions for the medieval merchants and their caravan ( mostly Camel, Mule and donkeys carrying the valuable cargo from east to west. ) as a hotel to rest and gain their power for the rest of their journey.

On the way to Ihlara valley we will stop Selima Cathedral carved into a big hill like a honeycomb.
We will keep going to Ihlara Valley, where you will have lunch at a local restaurant by the river.
After the lunch, we will walk Ihlara Valley carved by Melendez river on the soft volcanic rock in thousands of years. Several churches carved by early christians with paintings.

Today we are going to visit Devrent Valley which looks like outside of the world with the unusual landscape. Then we will keep on to Zelve Valley which is the longest used monastic settlements of Cappadocia. Pasabag is the place you will see the best kept Fairy Chimney Valleys of the area. Next stop is Avanos which is the pottery center of Turkey and our Lunch break will be at a local restaurant.
Next site is Goreme Open Air Museum with rock carved churches and and colorful frescoes. We will visit Dark Church; Renovation of Dark Church took 7 years with the help of United Nations. It has the greatest examples of frescoes in the whole area. Later we will hike up to Uchisar Castle, highest point in the area with breathtaking panoramic view.

We are going to visit Soganli Valley, which is one of the earliest settlements in Cappadocia and Tahtalı Kilise.
Then we drive back to Urgup through the unspoiled villages of Cappadocia, surrounded by the “tabletop” mountains.
On the way we will visit the Medrese in Taskinpasa, a Theological School from the Seljuk Turks.

Return to istanbul by an early evening flight from Kayseri.
When your plane lands on istanbul will be ready to pick you up from Airport with our private minivan.

Our private minivan will drive to Istanbul Airport. Have a safe trip to your home. 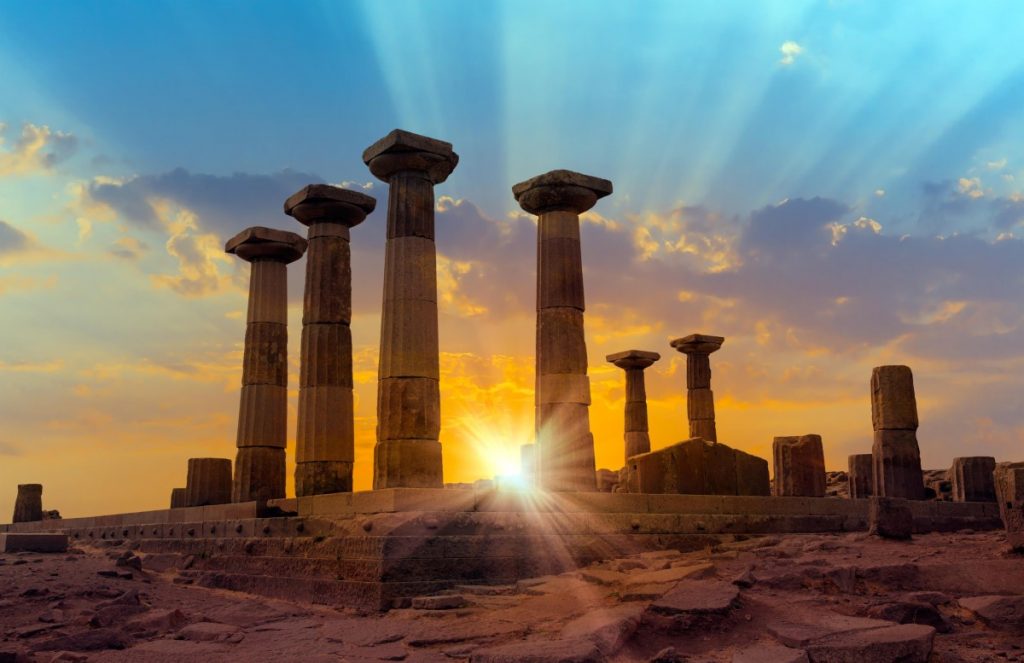 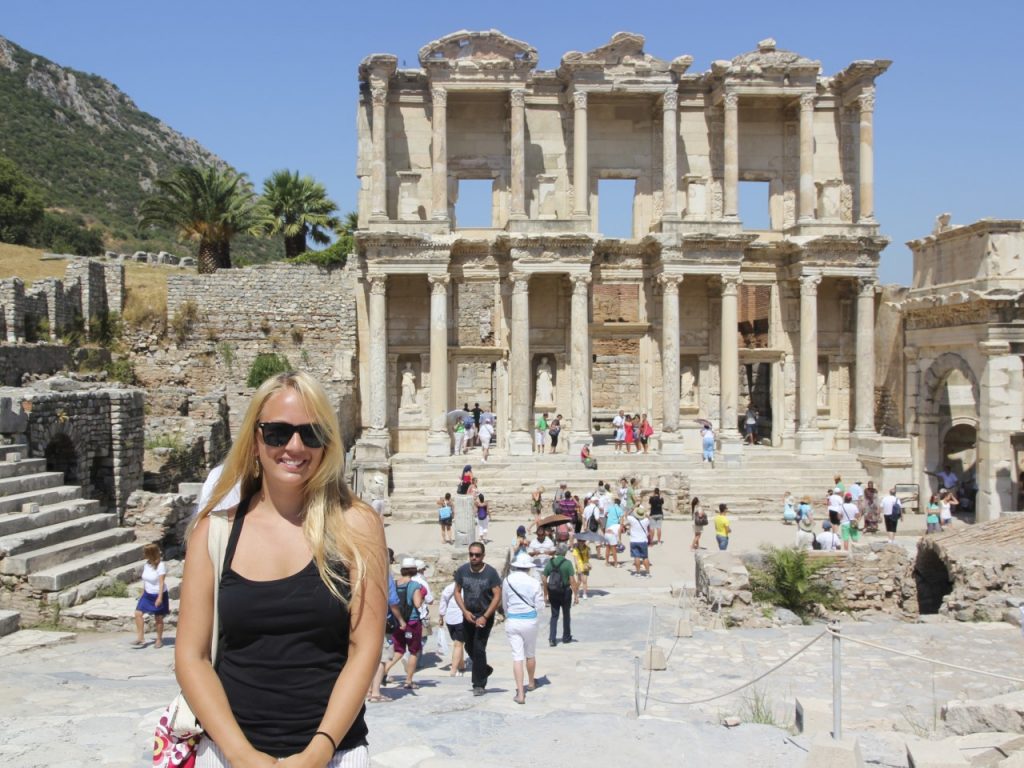 From$200
0
4 travellers are considering this tour right now!