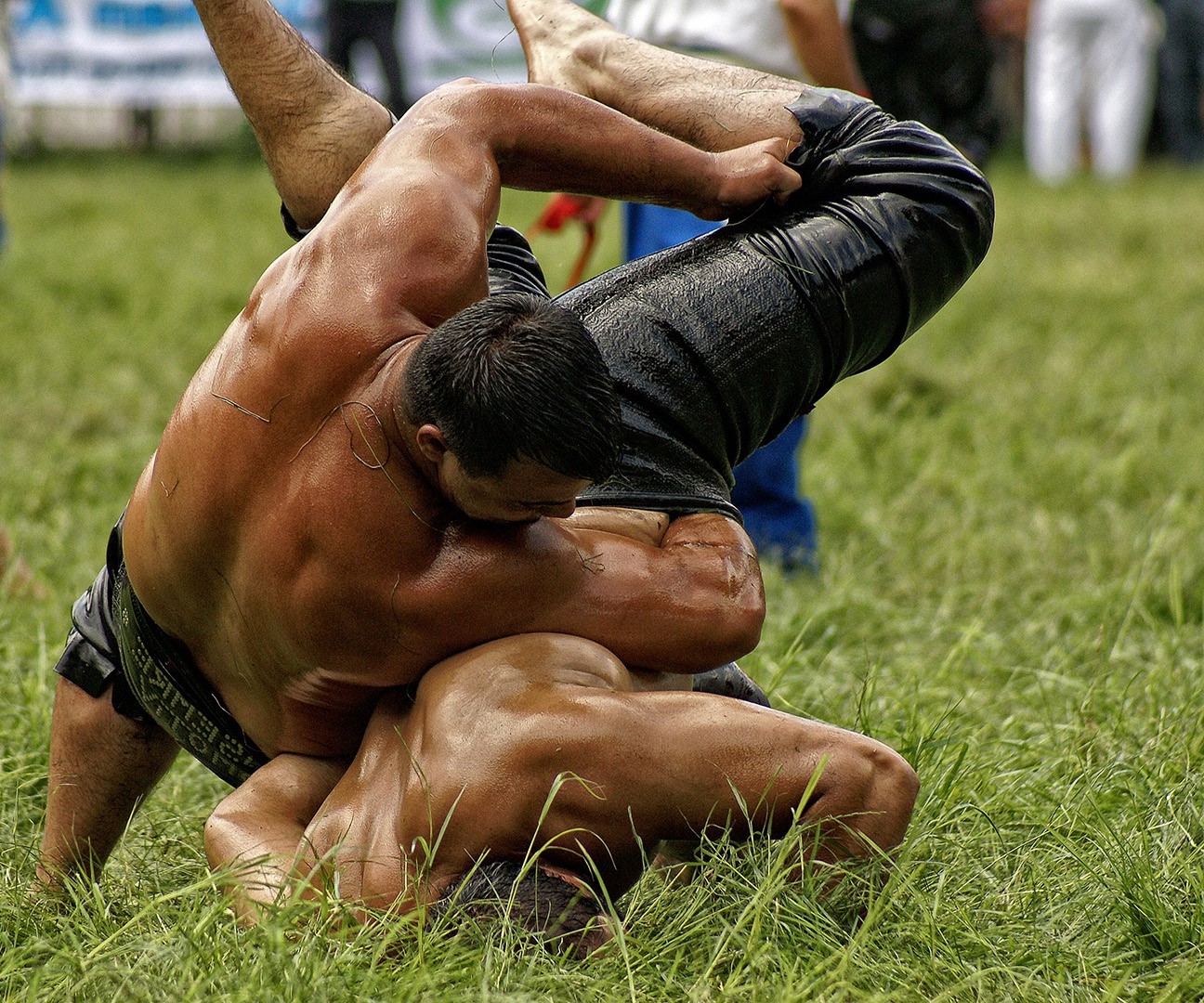 In the north of Tekirdağ on the border between Greece and Turkey, Edirne (Adrianople) is located, which was for some years the Ottoman capital.

In the 18th century, it was one of the seven largest cities in Europe. Set on a verdant plain of poplar trees near the junction of the Tunca and Meriç rivers, this gracefully historical city welcomes visitors as they make their way to İstanbul and other points east. The people of Edirne trace their origins back to the rule of the Macedonians. The Roman Emperor Hadrian rebuilt the city and renamed it Hadrianople after himself. With the division of the Roman Empire, the Byzantines claimed Edirne. In 1361 Sultan Murat I added it to his empire. The city’s role as the capital of the Ottoman Empire for almost 100 years accounts for its many historically and architecturally important buildings. With its mosques, religious complexes, bridges, old bazaars, caravanserais and palaces, Edirne is a living museum.

Edirne has retained many of its colourful traditions and customs.

Enchanting Mosques The Eski Mosque is the oldest Ottoman structure in Edirne, and built by Mehmet I between 1403 and 1414. The white marble of its portal contrasts with the building’s cut stone and brick masonry, while calligraphic inscriptions of Koranic verses decorate the interior. The Üç Şerefeli Mosque, built by Murat I between 1438 and 1447, presages Sinan’s great mosque architecture and embodies a new freedom from restraint as well as advances in engineering. The northwest minaret has three galleries, giving the mosque its name and it was the highest minaret until those of the Selimiye Mosque in Edirne eclipsed it. Towards the end of the 15th century, Beyazıt II commissioned the architect Hayrettin to build him a complex in stood out in its time as being a modern hospital with a unique architectural design.

Little has changed in the Kaleiçi section of Edirne since the Middle Ages, with narrow streets lined with houses winding through the area. The number of small restaurants and cafes reflect the district’s current renaissance. Sinan built several of the famous baths in Edirne including the Sokollu, Tahtakale, Mezit Bey, Beylerbeyi and Gazi Mihal hamams. His work is also seen at the Ahmet Paşa Caravanserai and the Rüstem Paşa Caravanserai of 1561 – the latter was renovated and today it serves as a charming hotel. The old bedesten of the early 15th century still functions as Edirne’s main market. As you drive around the area, you will spot many lovely Ottoman bridges gracing the Tunca and Meriç rivers.

Edirne has retained many of its colourful traditions and customs. Every summer the Kırkpınar oil wrestling contests are held at an emerald green meadow in Sarayiçi. Shiny, slippery bodies grapple with each other to decide on the champion wrestler. As you walk through the city and peer into the corners of the grocery stores, you see blocks of white feta cheese, a local specialty. Hardaliye, another of the city’s delicacies, is a grape drink mixed with mustard and marzipan. Scented soaps, earthenware pots and straw baskets from Edirne make good souvenirs. You will also find it difficult to resist the beautiful embroidery work of the local women.

The Archaeology and Ethnography Museum traces the history of the area from prehistoric to Byzantine times and exhibits clothing from the late Ottoman period. At the Turkish Islamic Art Museum, examples of Ottoman architectural details, calligraphy, manuscripts, Korans, weapons, glass and an imperial tent used on military campaigns are on display.

The Selimiye Mosque in its entire splendour is visible from all parts of Edirne.

Selimiye Mosque and its Social Complex

The Selimiye Mosque and its Külliye form a complex including a madrasah or Islamic religious academy, dar-ül hadis (hadith school), timekeeper’s room and an arasta (avenue of shops). Constructed by the celebrated architect Sinan between 1569 and 1575, the Selimiye Mosque and its complex are located in Edirne, the capital of Ottoman Empire before İstanbul. A masterpiece of Ottoman art and in the history of world architecture, the Selimiye Mosque is visible from all parts of the city with its monumental dome and four slender minarets. Besides its unique architectural characteristics, the mosque evokes admiration with its exquisite details in its carved-stone work and marble, glazed tiles, wood carving and mother-of-pearl inlays.

On the way to the Saroz Gulf in the Aegean Sea, you can stop at Uzunköprü to see an interesting bridge built by Murat II in 1444 spanning the Ergene River. Its 174 arches make up its 1392-m length. The mild climate and beautiful surroundings of the Saroz Gulf invite holidaymakers for a relaxing break.

On the northern edge of the gulf are the lovely İbrice and Erikli beaches where hotel and guest-house facilities are plentiful and reasonably priced. Enez (Ainos) was an important port in ancient times but today it lies 3.5 km inland. Its origins can be traced to the 12th century BC. It was also an important settlement during the Hellenic, Roman, Byzantine and Ottoman periods. First built by the Kyme people, it was a colony of western Anatolian civilization though these days it is an open-air museum. Enez Castle has been restored several times throughout history and is well worth a visit. There is also a church dating from the 6th century, some carved tombs and a beach with clear water. 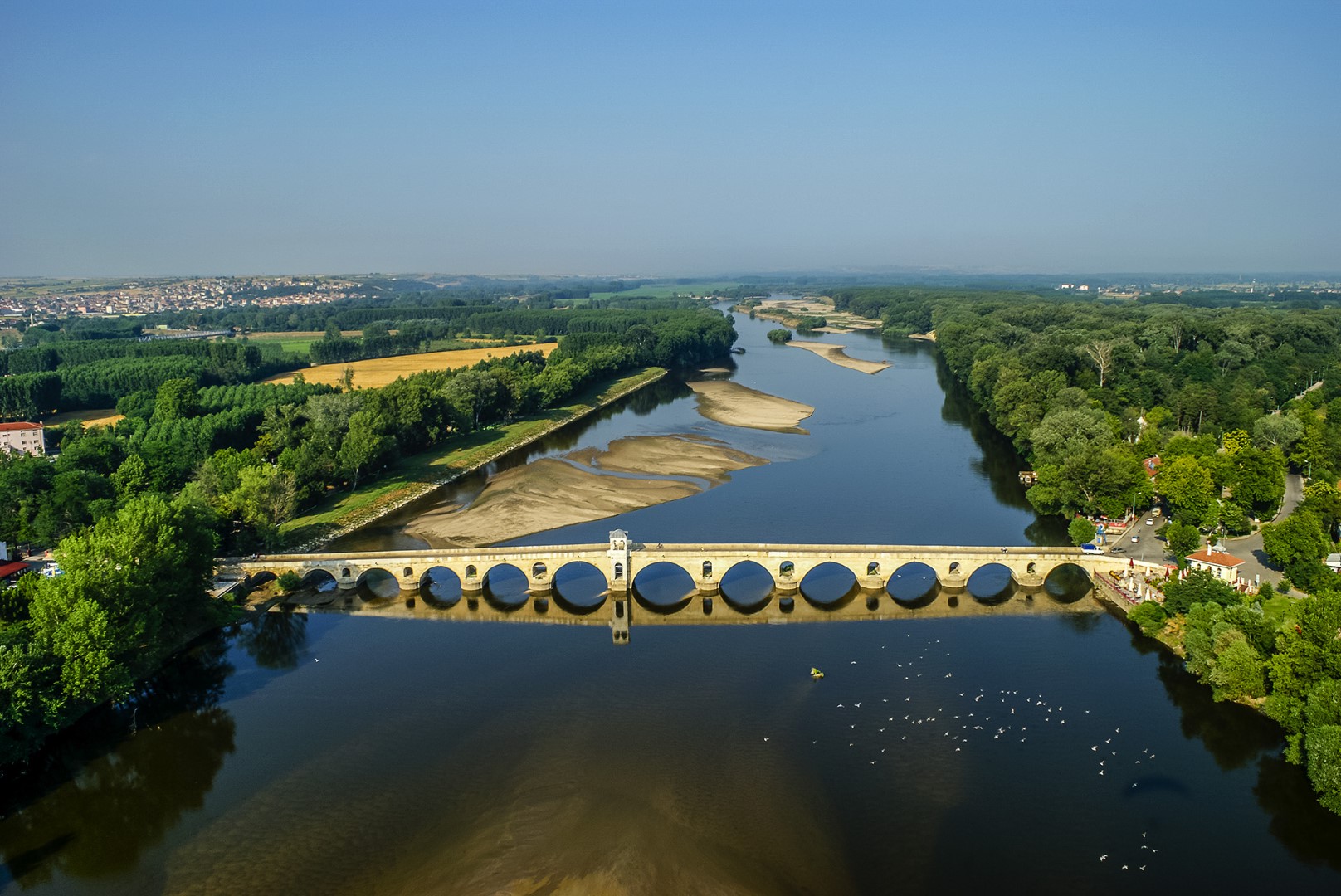 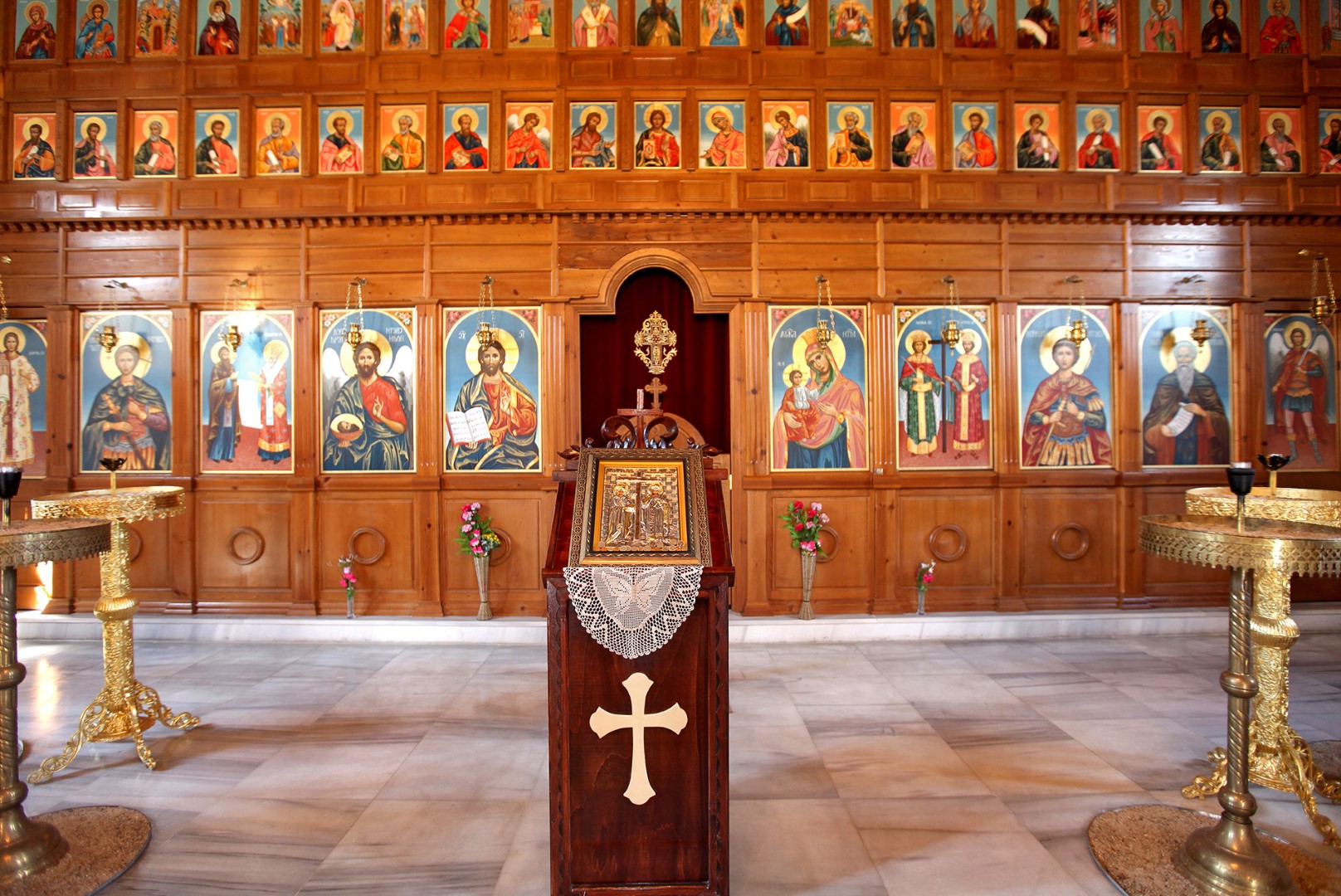 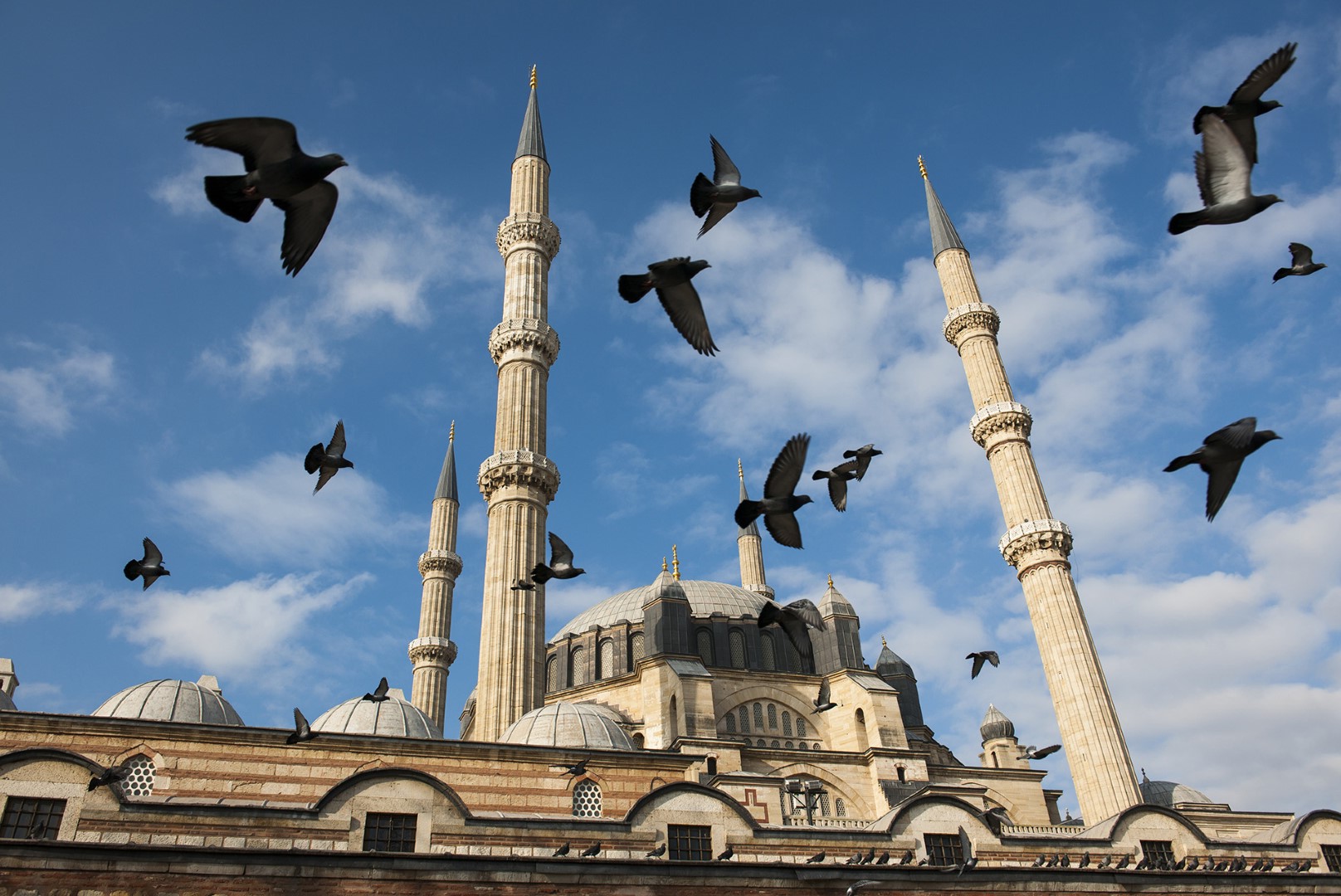 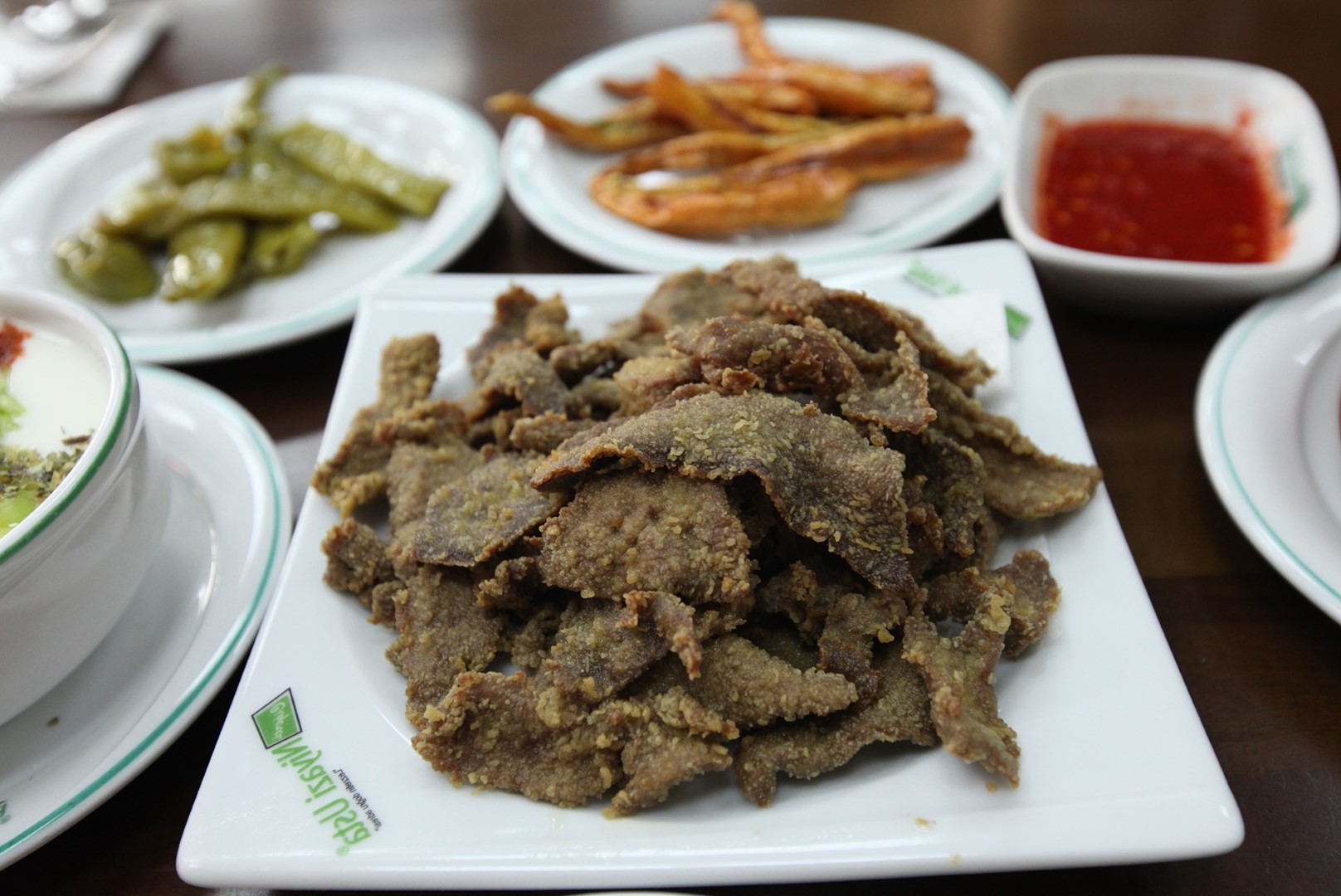 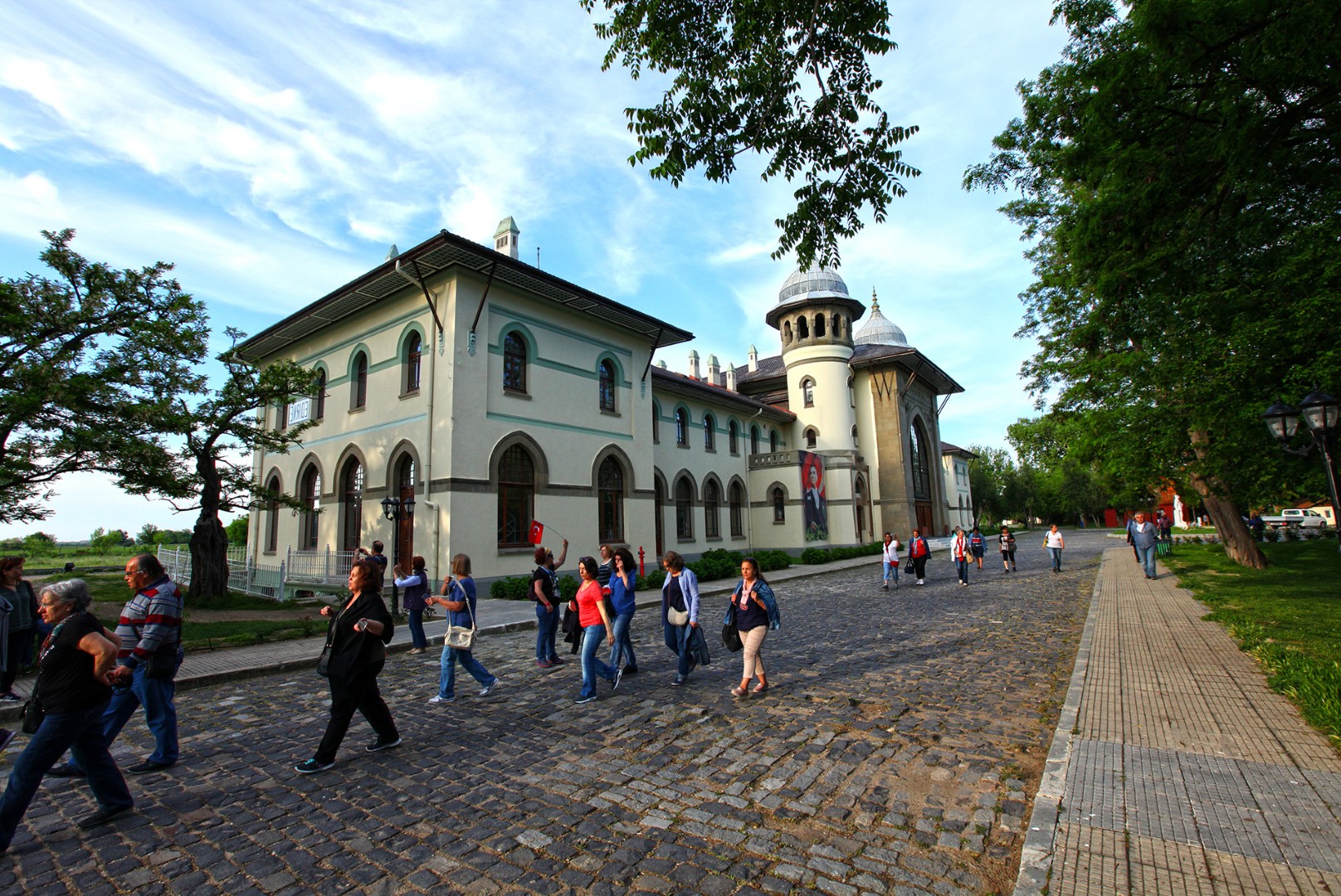 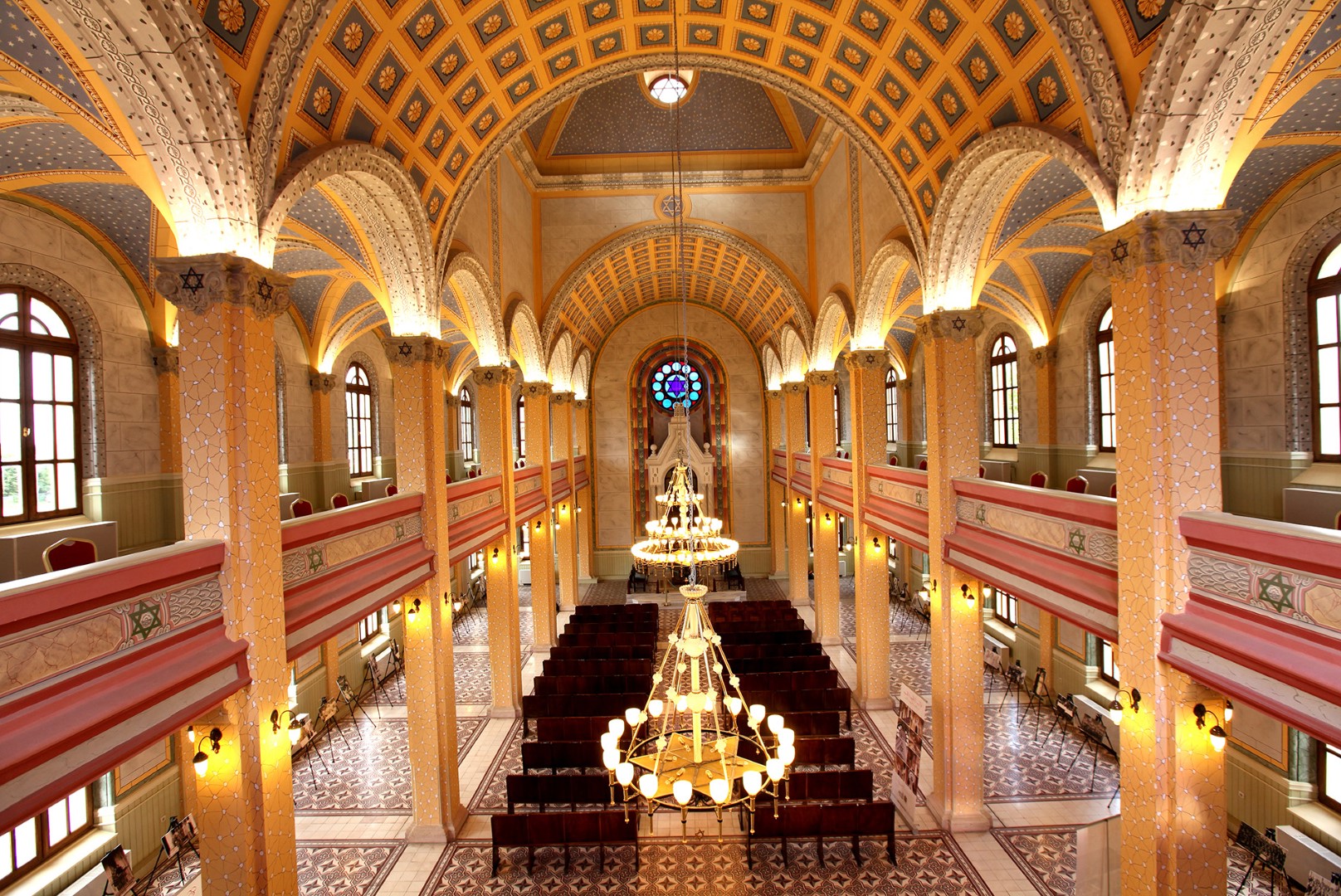 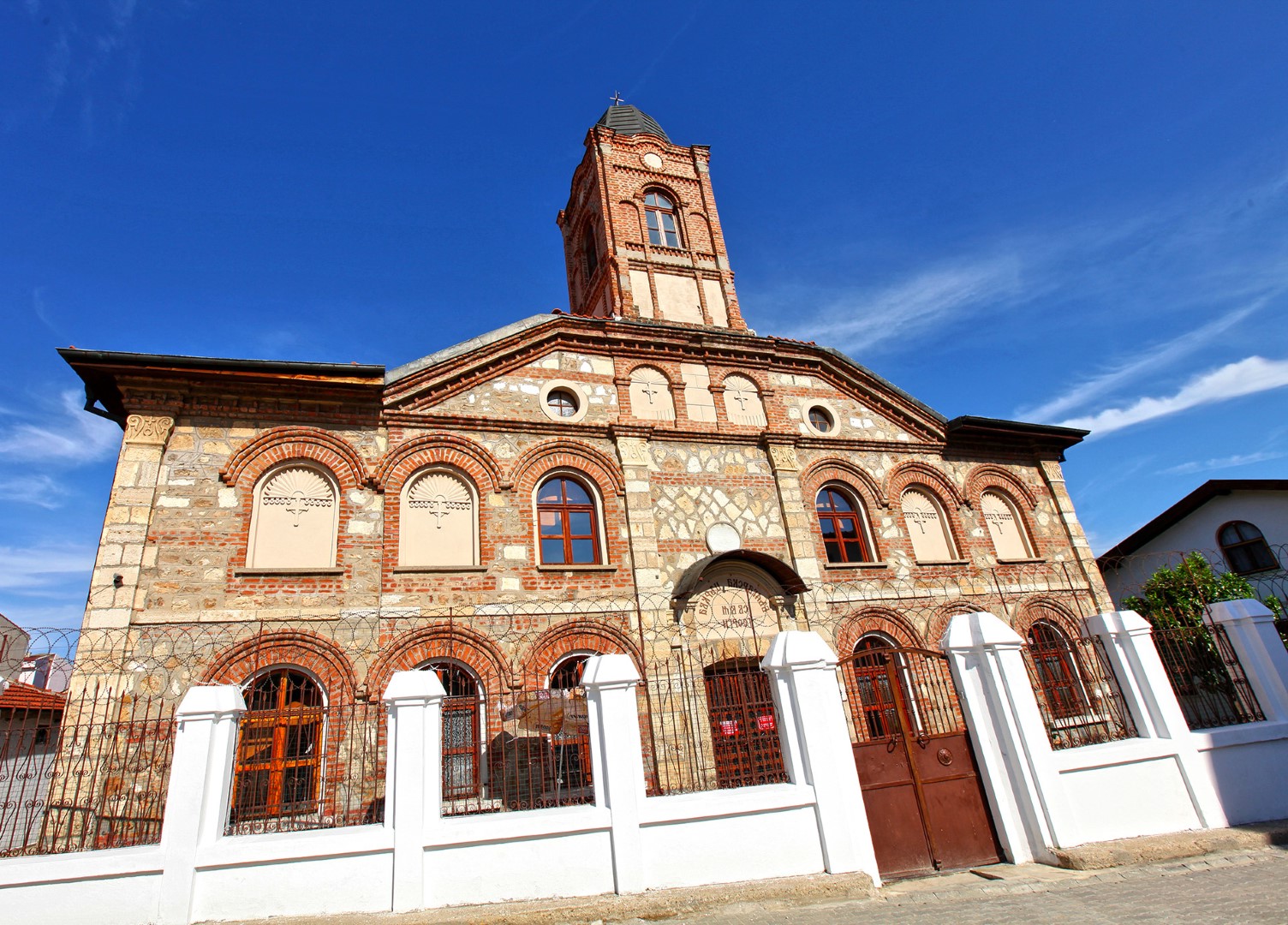 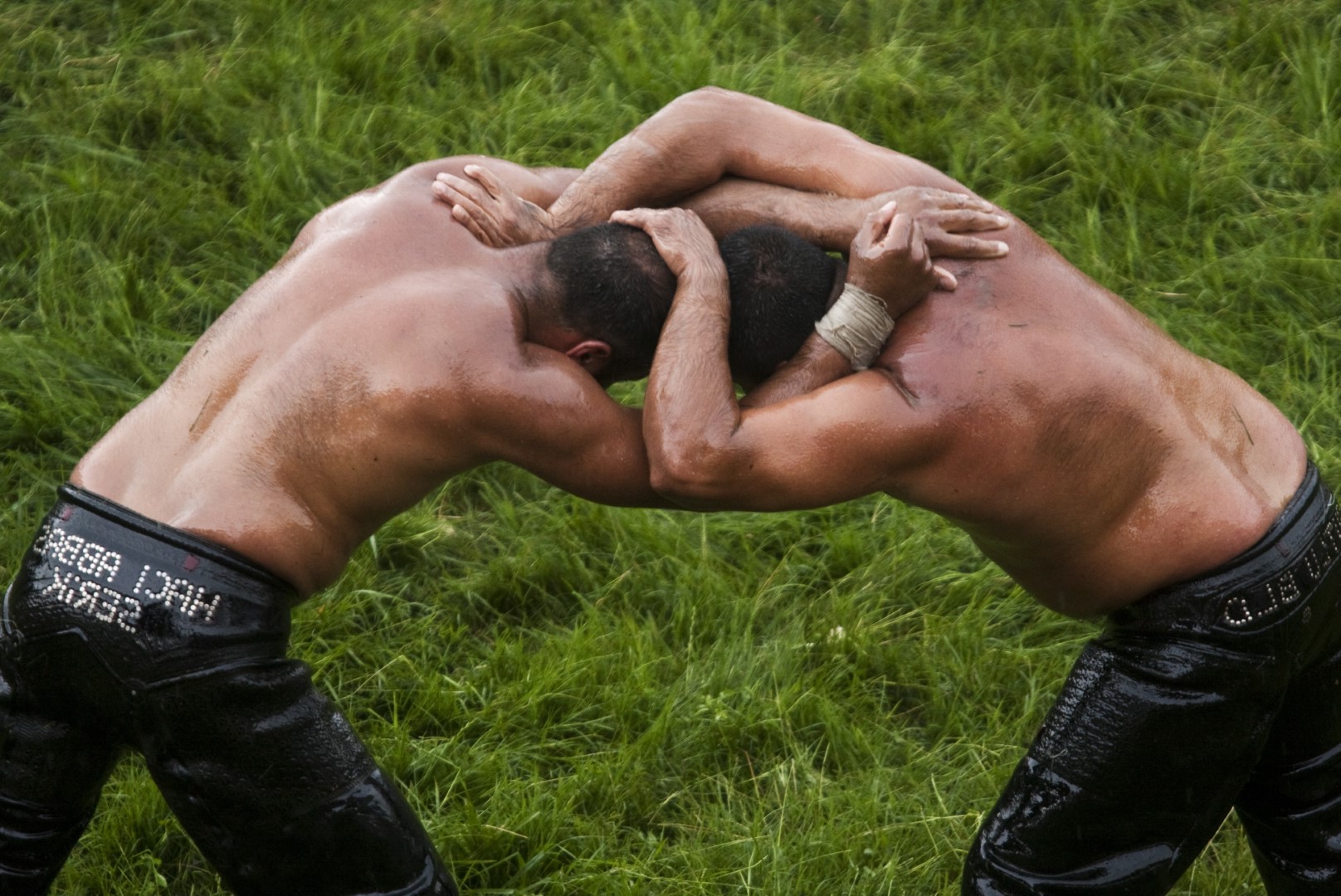 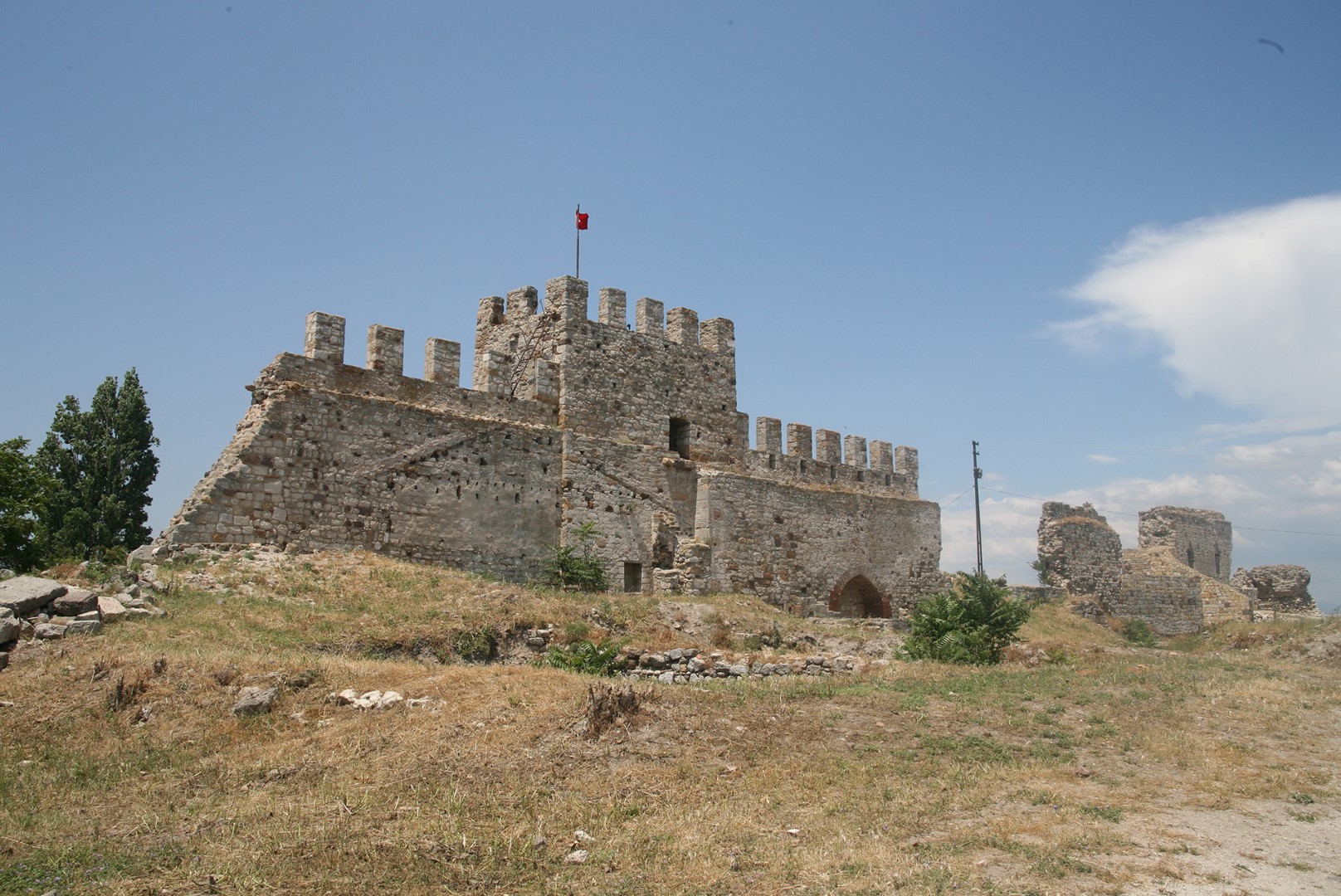 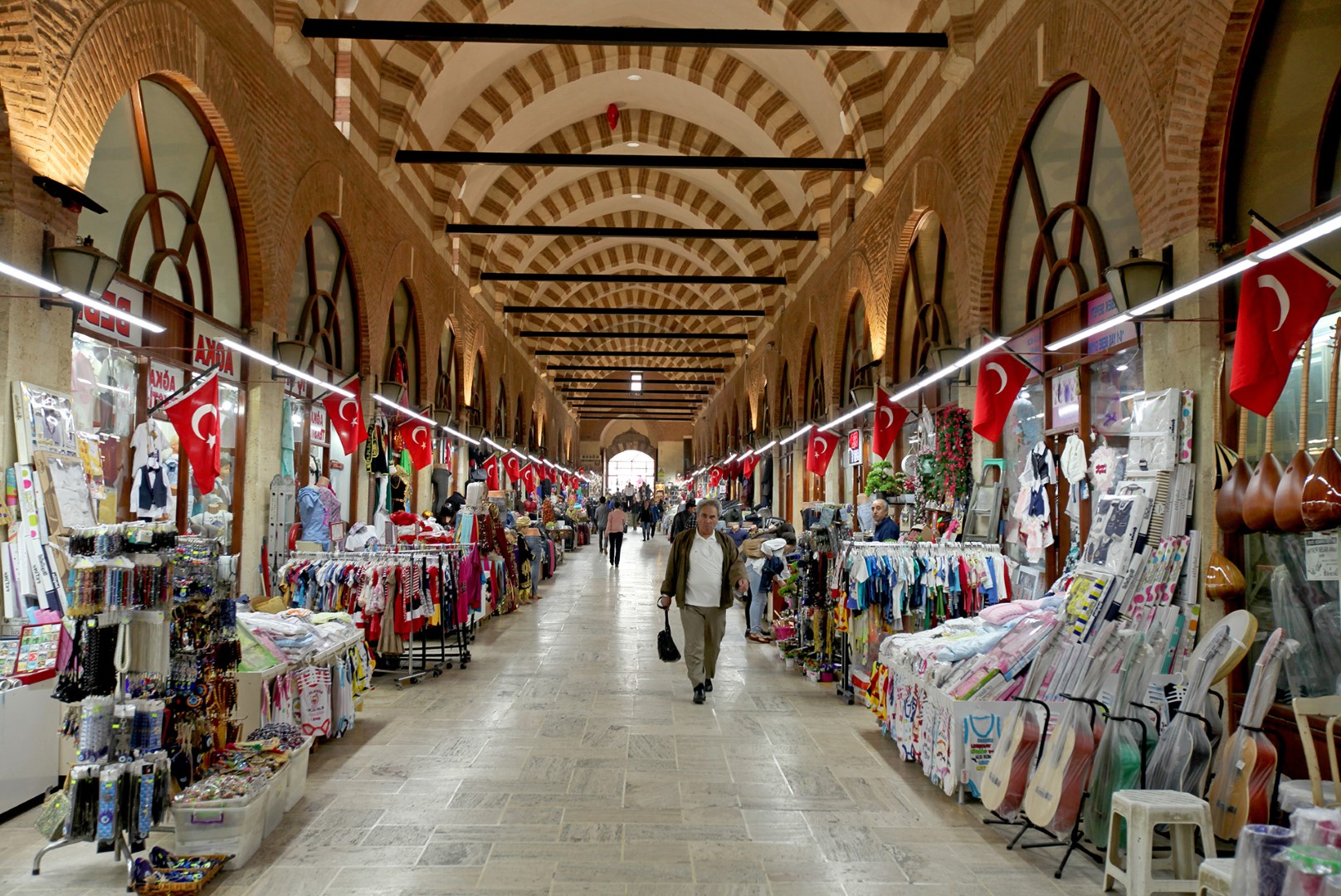 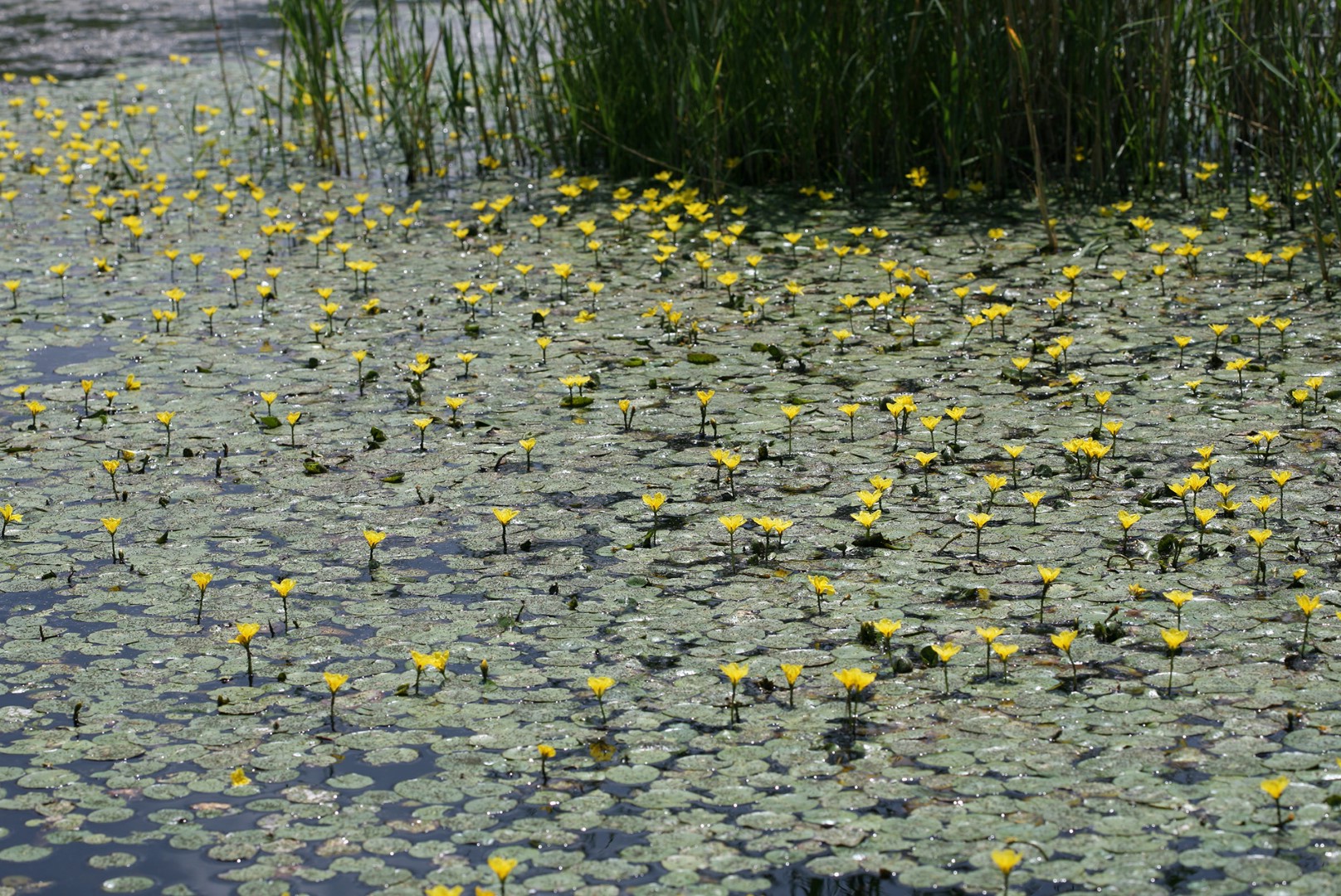 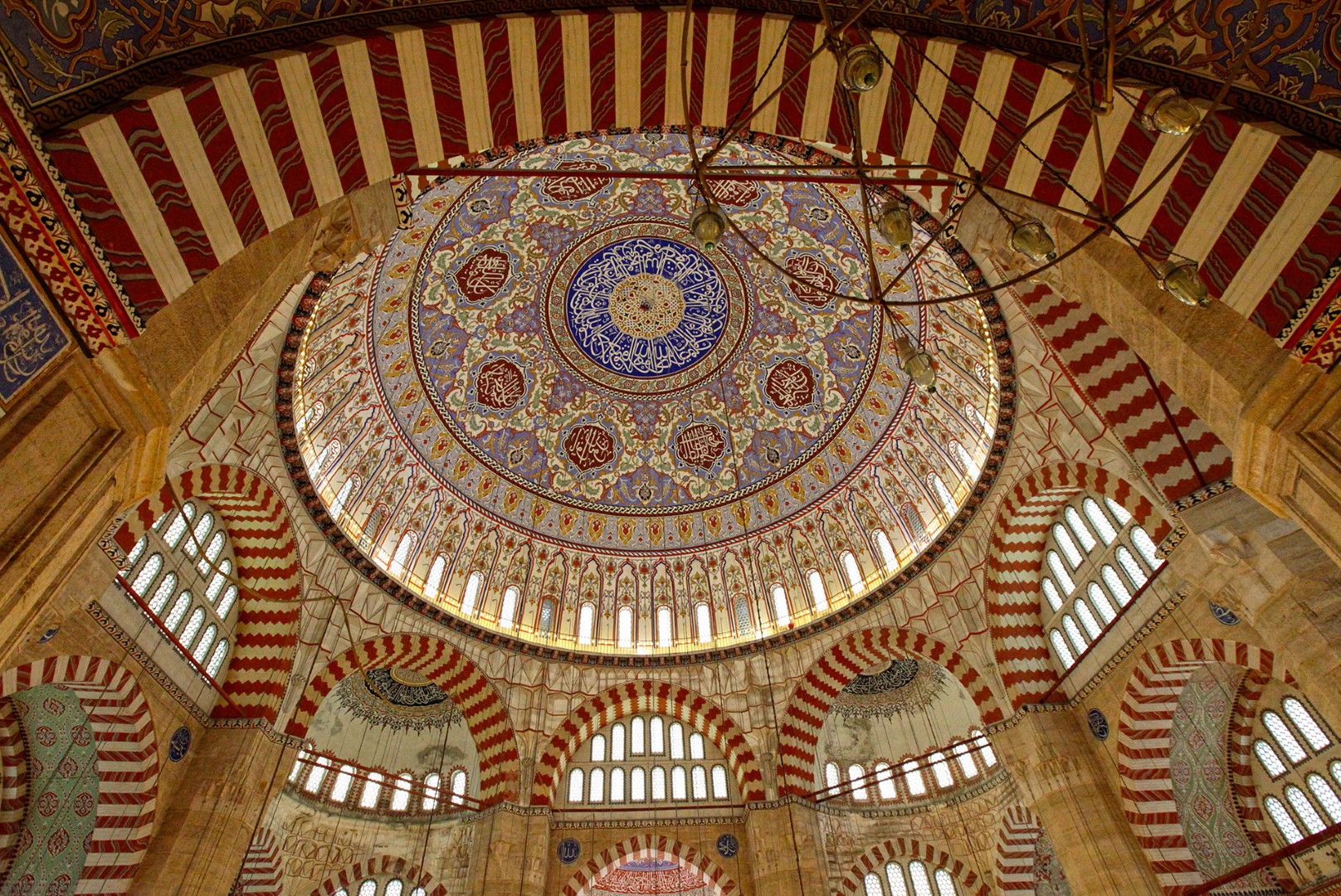 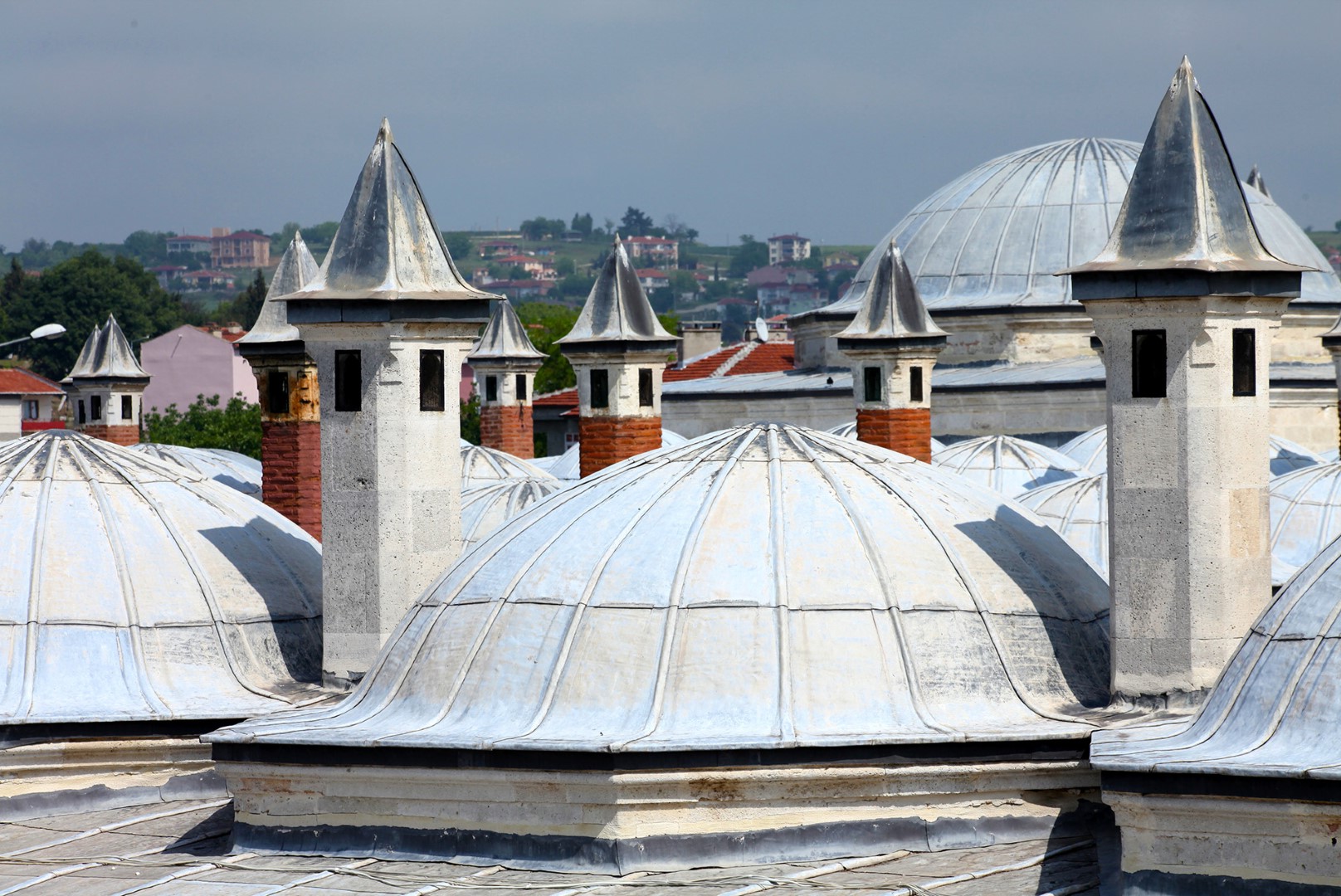