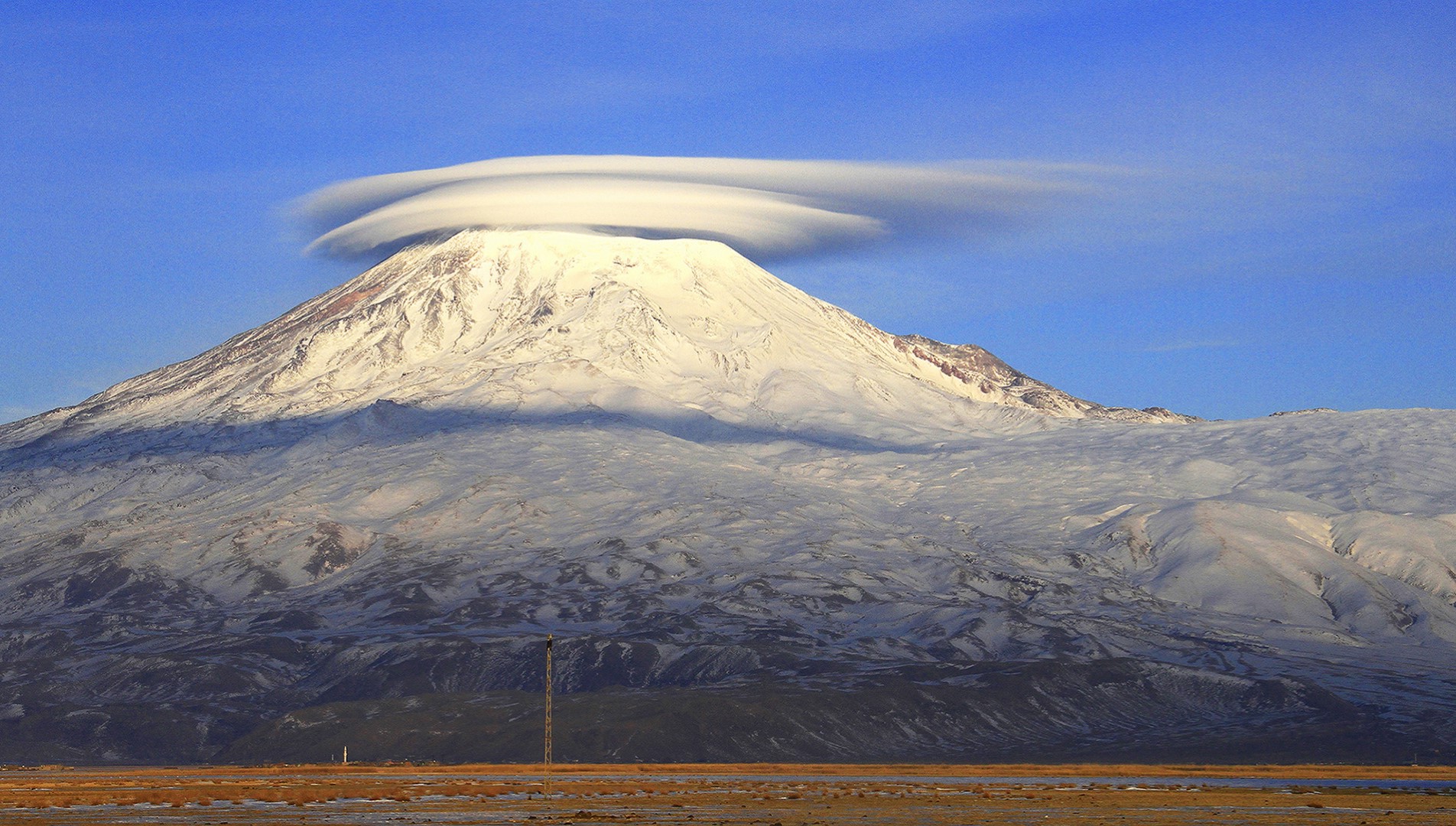 Believed to be the lands where humankind expanded from the descendants of Noah, Ağrı invites you to İshakpaşa Palace, an emblematic of Ottoman architectural culture.

Along the eastern borders of Turkey is Ağrı, one of the important cities of the region. Set on a 1650m-high plateau, it takes its name from the mountain which looms over it. Mount Ağrı is Turkey’s highest mountain and one of the country’s most challenging peaks. According to the legend of the Great Flood, Noah’s Ark ran aground on Mt Ağrı and when the flood waters receded Noah and his family descended from the mountain towards the fertile Iğdır Plain. Thereafter, their descendants moved west and southwest along the Fırat (Euphrates) and Dicle (Tigris) rivers, thus establishing the second generation of humankind. Mt Ağrı is capped with snow all year round; however, climbing up this mountain is most enjoyable during July to September.

The pleasant Balık Gölü (Fish Lake) to the northeast of the city not surprisingly has plenty of fish restaurants serving local delicacies. Thermal springs bubble up all over the area. Those who enjoy hardy outdoor activities can pay a visit to the Eleşkirt Ski Centre, 20km southwest of Ağrı, where they can spend a few days doing winter sports.

Don’t miss the spectacular İshakpaşa Palace, lying silent 5km from Doğubayazıt county and 95km east from Ağrı. İshak Pasha, Ottoman governor of the province, and Çolak Abdi Pasha constructed the palace between 1685 and 1784 combining Ottoman, Persian and Seljuk architectural styles. The palace contains 366 rooms, a mosque, a courtroom, a kitchen, a bakery, barns and baths. Nearby you can see a bas-relief of an Urartian king and a rock tomb from the ninth century BC.

The village of Üzengili, 25km east of Doğubayazıt, is a great place to taste the local dessert aşure (Noah’s Pudding), believed to have been first made by Noah’s wife from the last bits of the food in the Ark.

A 35km wide and 60m deep meteor crater, formed in the early 1900s somewhere between Sarıçevuş Village and the Turkish-Iranian border post of Gürbulak, awaits to bedazzle visitors with its hypnotizing appearance. 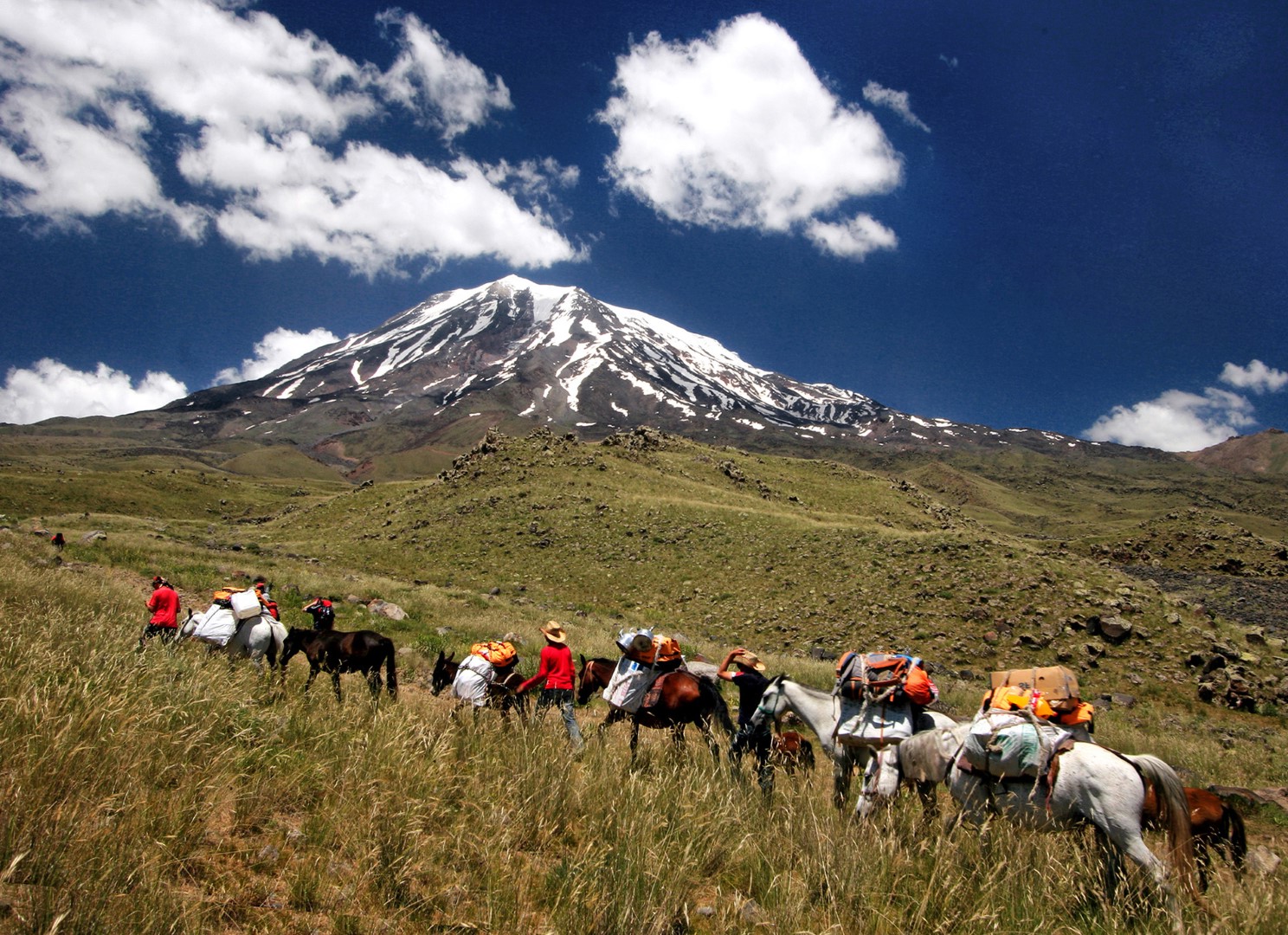 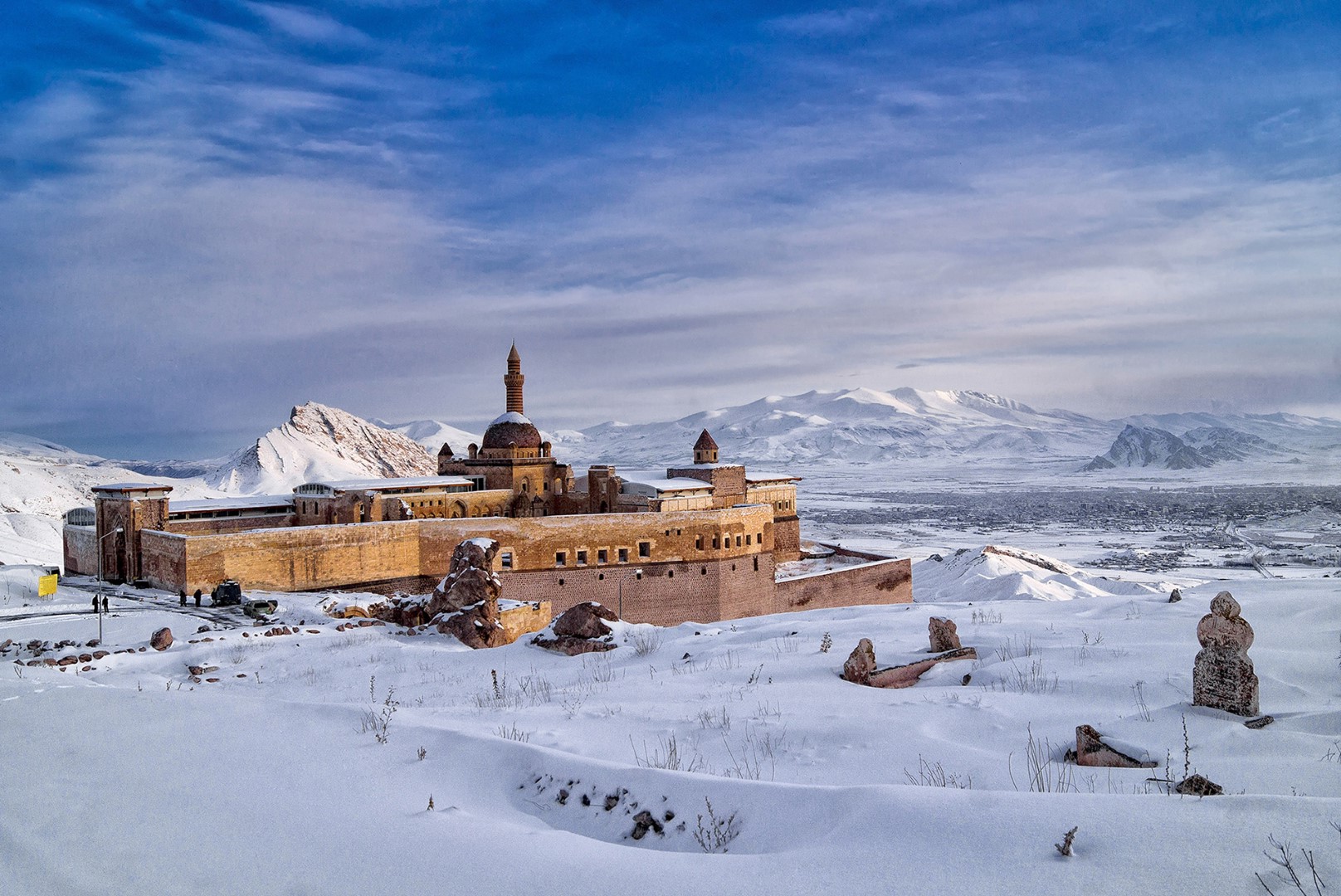 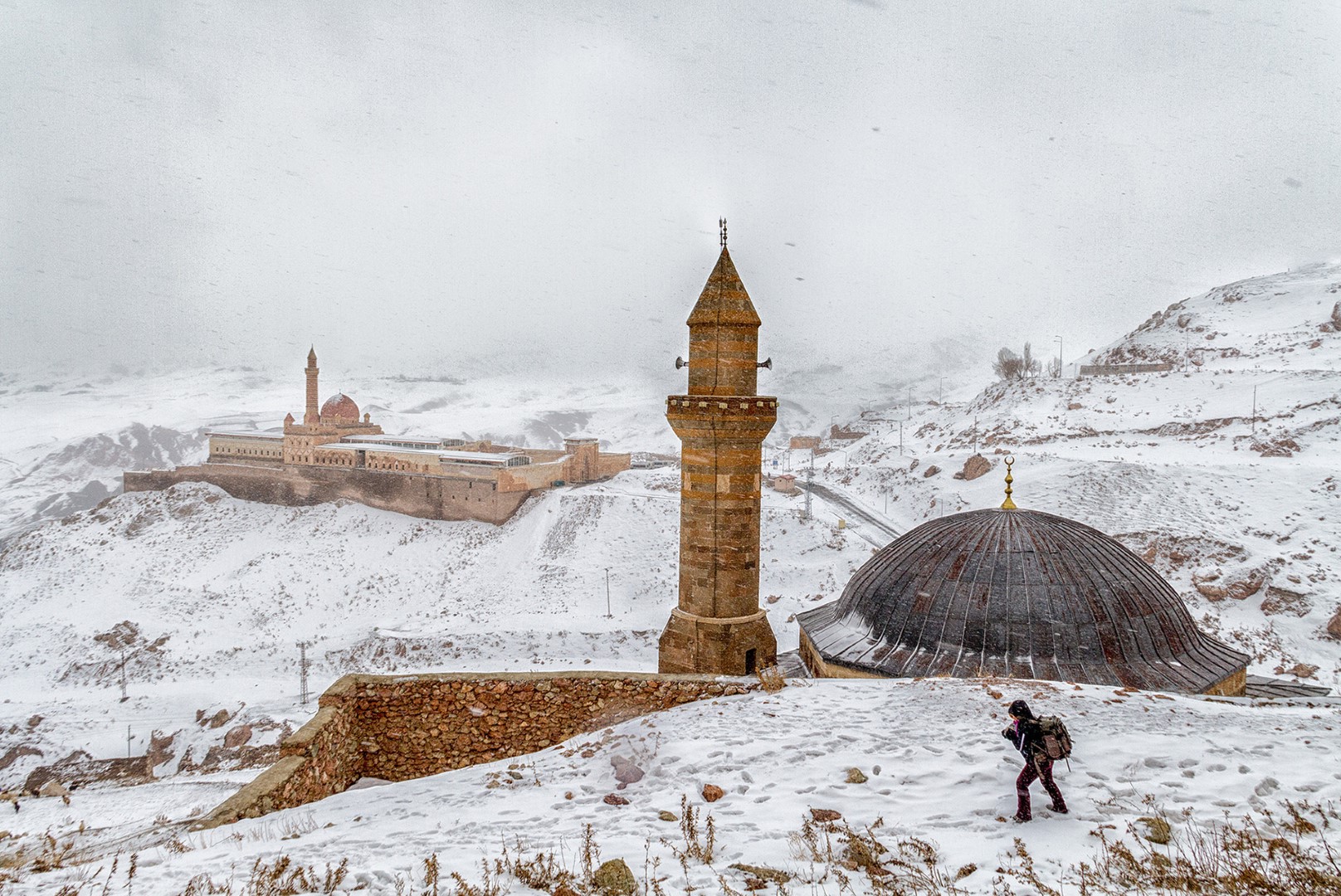 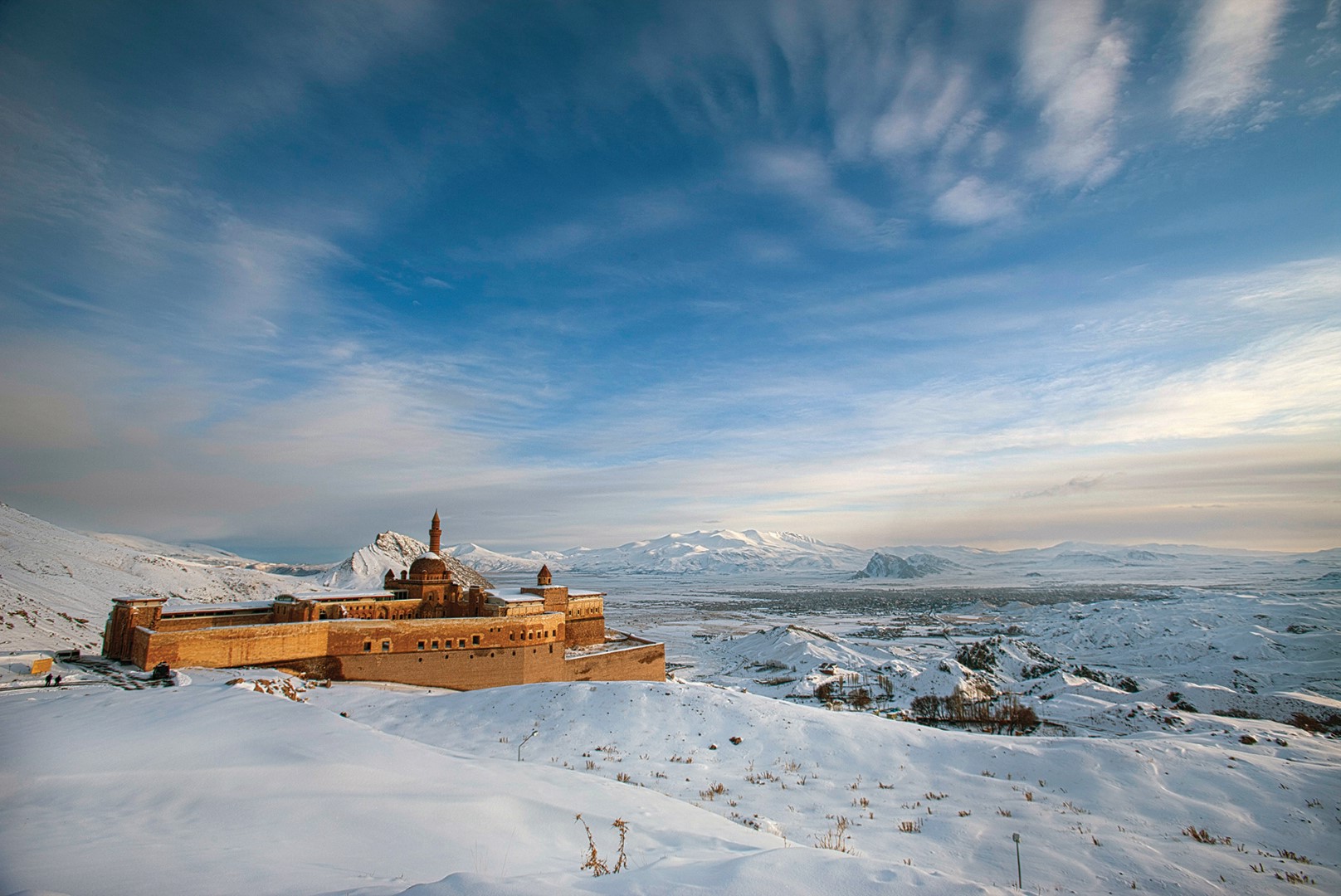 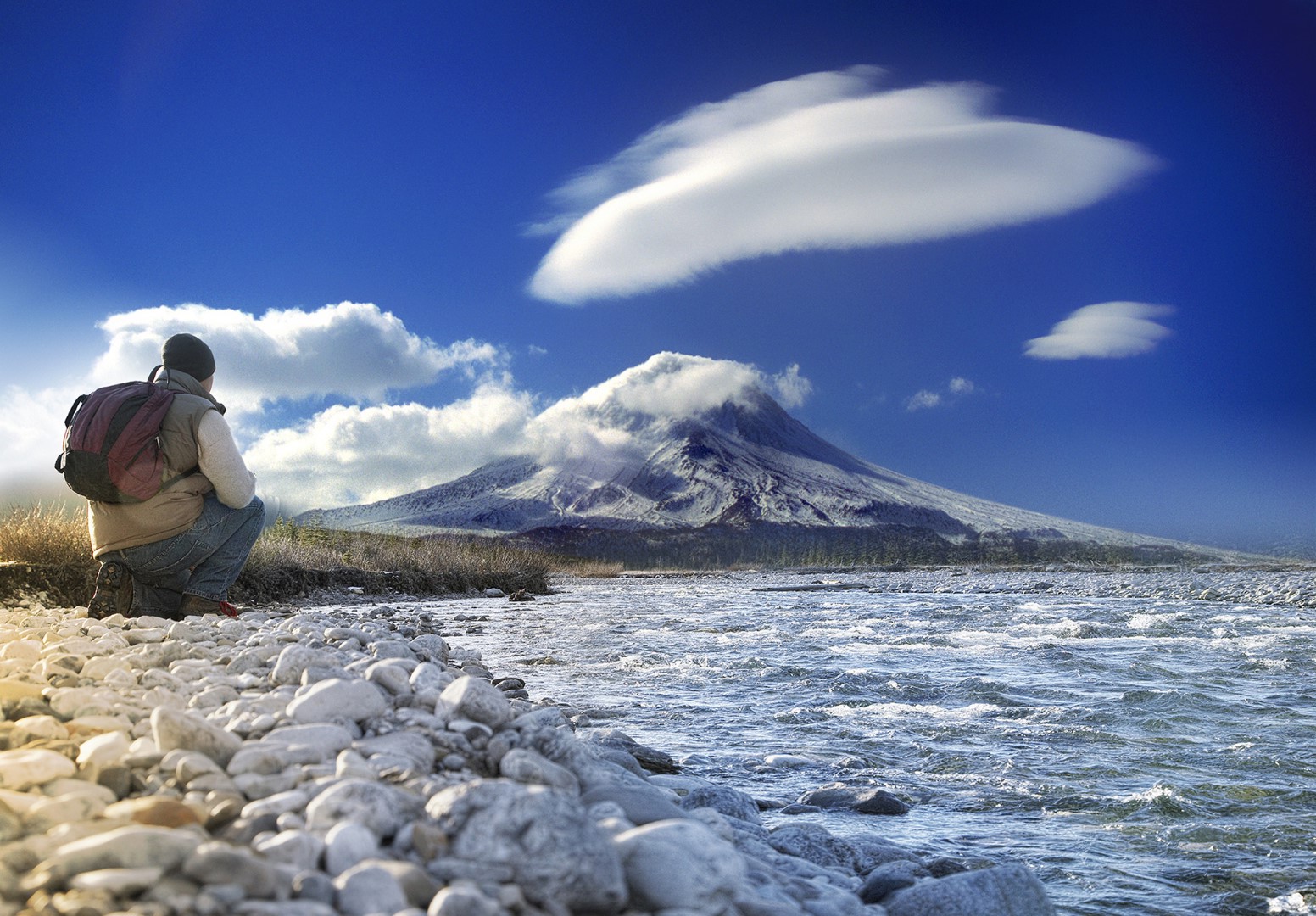 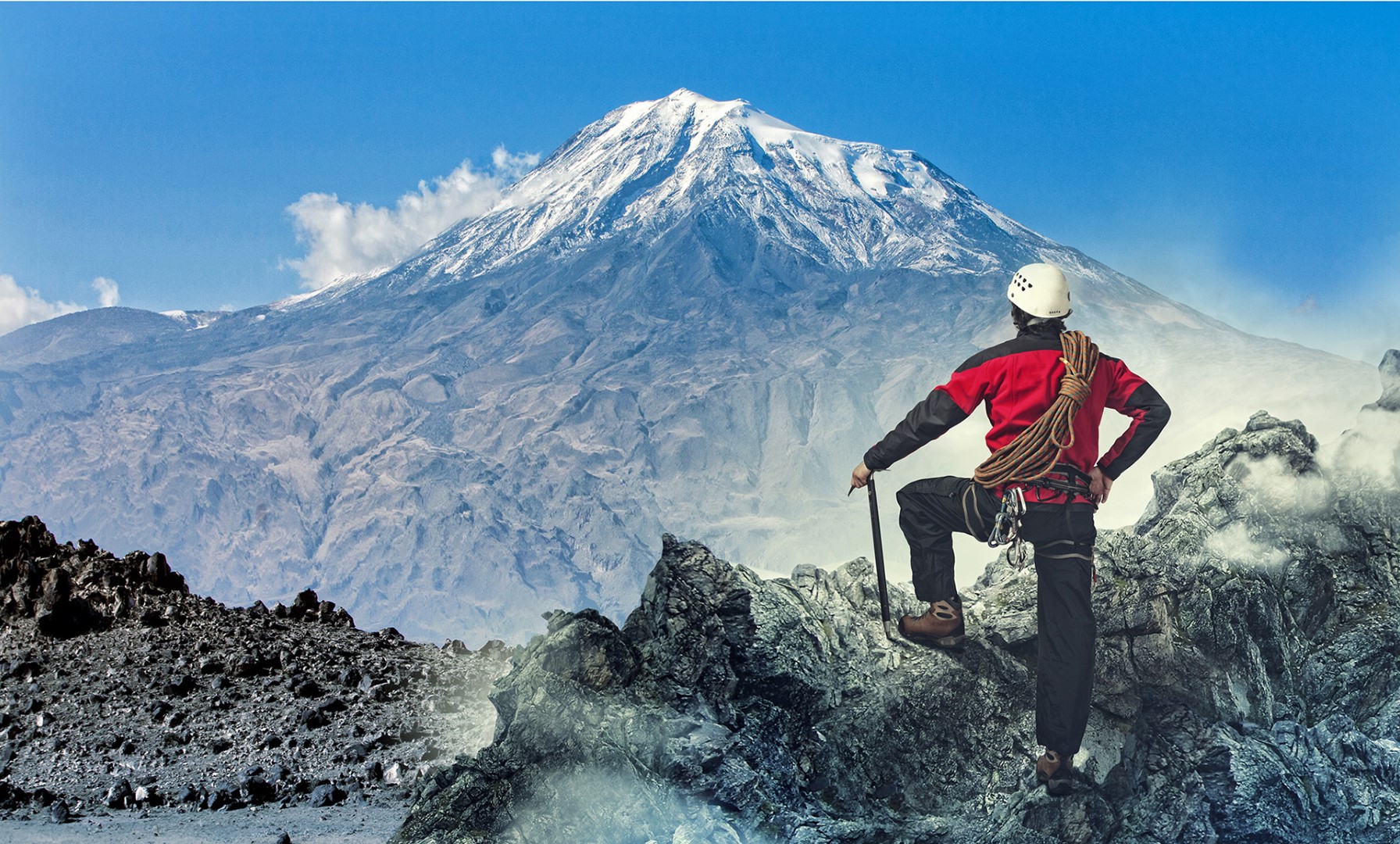 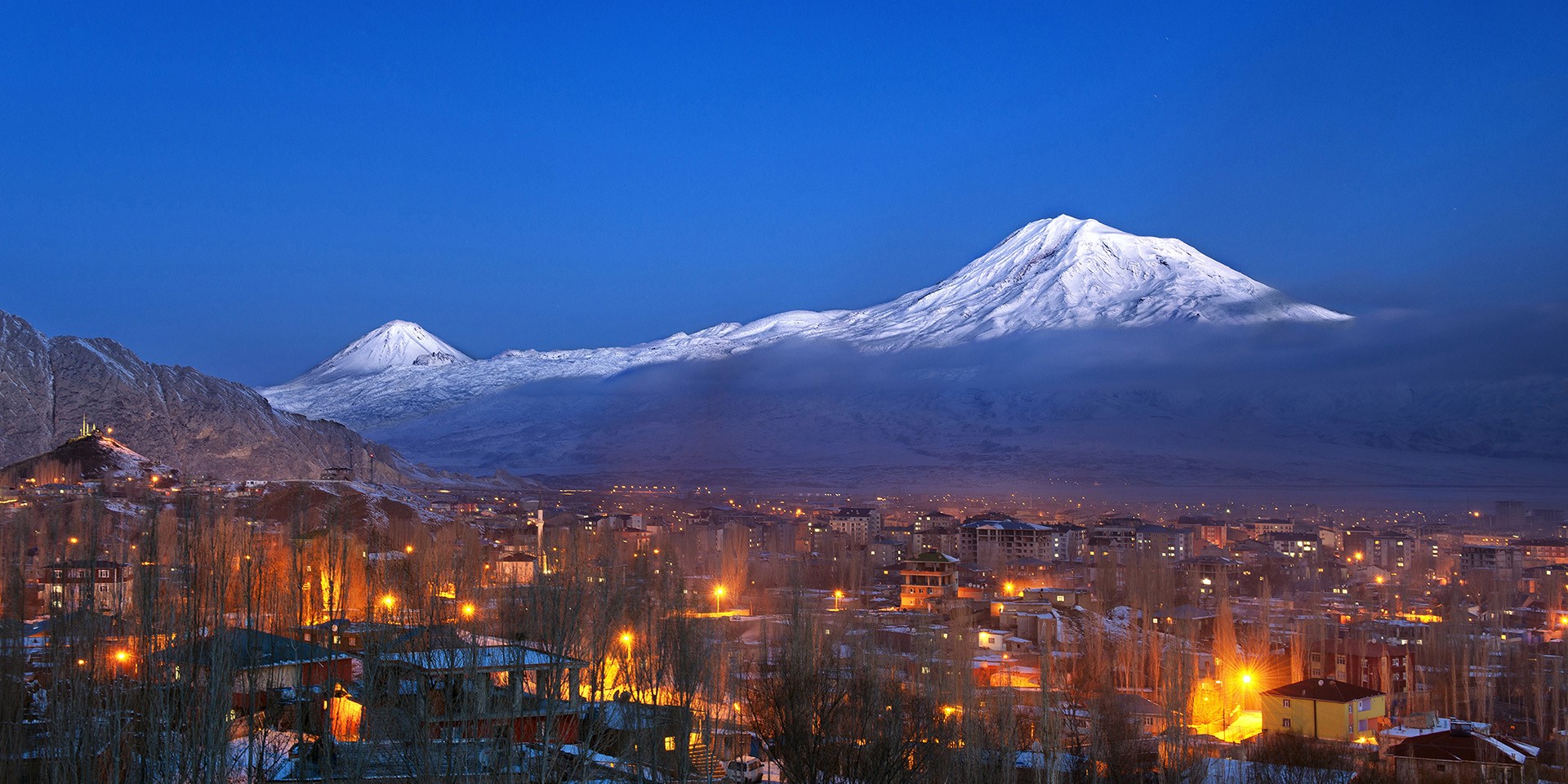