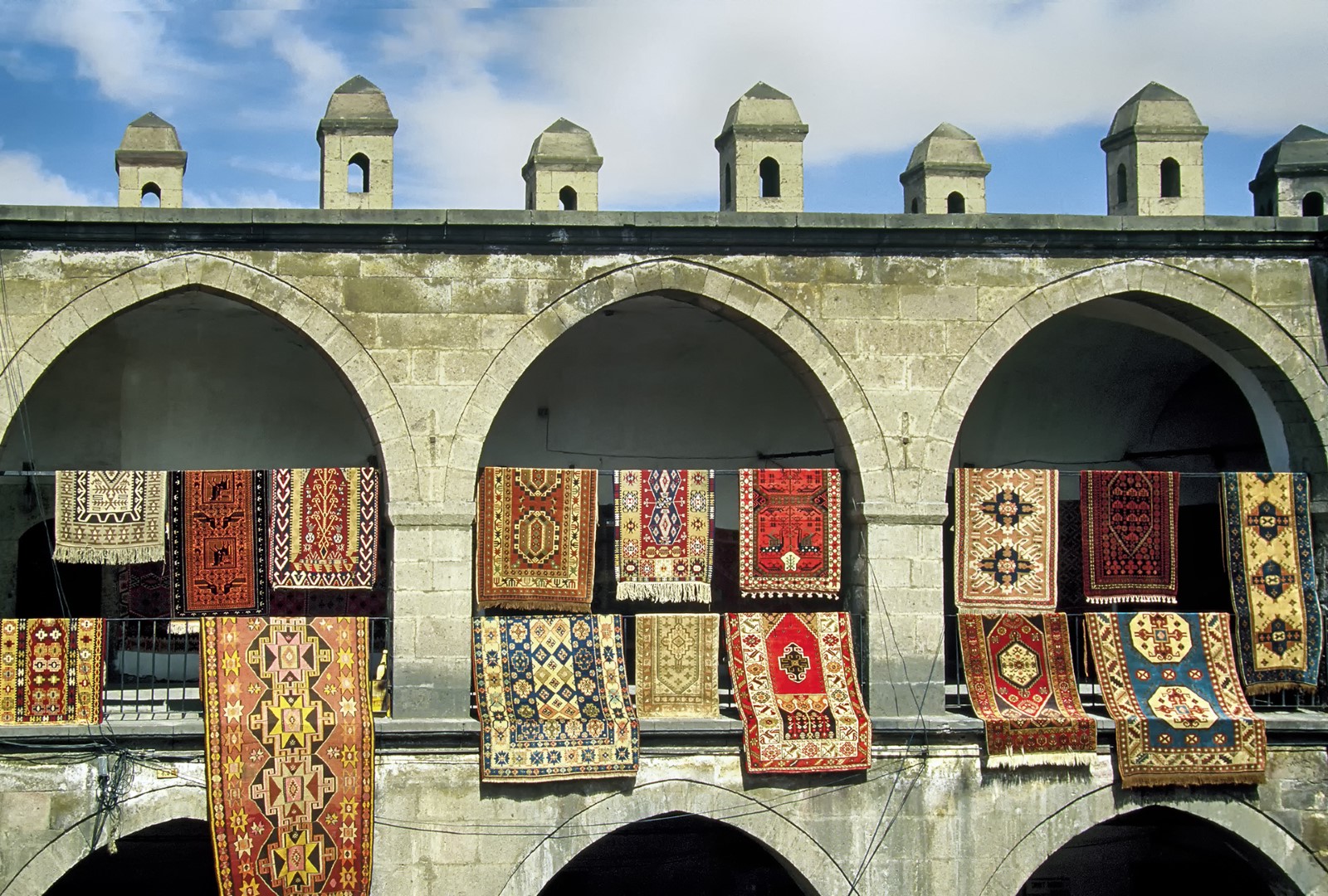 In the east of Cappadocia lies Kayseri, the city known as Caesarea in Roman times. As with many human settlements in Anatolia, Kayseri has a long history and a rich cultural heritage.

Located 20km from the city centre, the Kültepe Mound is the most important example of this heritage with a history dating back 6000 years. Kültepe was an important trading centre during the 2nd millennium BC. Excavations have unearthed important artefacts from the Bronze Age, the Assyrian trading colonies and from the Hittite era.

Due to its strategic location Kayseri changed hands between states competing for domination over the years, and many civilizations that played a role in its history have left their imprint on its cultural treasures. These include the mounds with thousands of years of history, some of which have been excavated and are now open air museums; the rock-face reliefs sculpted by the Hittites; the Roman burial structures; the rock-cut churches from Christianity’s early periods; and the structures adorning the city centre built during the Danishmend, Seljuk and Ottoman eras. All changed Kayseri into a city where ancient and modern live in harmony – a cultural heritage site well worth a visit. Among the artefacts are cuneiform tablets containing Anatolia’s oldest written documents, providing valuable insight into these periods of which little was known. The trading that had started with the Assyrian trading colonies between 1950 and 1850 BC continued over the Royal Road passing Kayseri on the way, connecting Sardes and Susa in the 5th century BC. During Seljuk rule, Kayseri became one of the crucial cities on the principal trading route: the Silk Road. Today Kayseri maintains its historical heritage as an important centre of commerce and industry.

The pre-Islamic past of Kayseri province can be traced in its counties and villages. One of the most visited sites in Kayseri is the Soğanlı Village of Yeşilhisar County. The village is an important centre of Cappadocia and there are about fifty rock cut churches in its environs. Due to the nature of the local rock some of the churches were built with such features as domes, vaults and columns. Those built in the period between the 4th and 11th centuries are adorned with frescoes depicting Biblical stories. While each deserves a visit in its own right, the most striking churches are the Kubbeli, Karabaş and St Barbara churches with regards to their architectural features and frescoes.

Soğanlı is by no means the only place for rock cut churches; there are a number of rock-cut churches and monasteries to be found in the village of Erdemli in the Erdemli Valley of the county of Yeşilhisar, in the Derevenk Valley of the county of Talas, at Tavlasun, in the village of Germir and in Gesi, some of which are adorned with Biblical stories and are as splendid as the well-known examples in Kayseri. Another important settlement where churches and monasteries from different eras can be seen together is the county of Ağırnas. The county also has the distinction of being the birthplace of Mimar Sinan, the architect royal who built masterpieces in İstanbul as well as in other principal urban centres, defining the cityscapes of most of those cities. The house where he was born is now a museum situated in the Aşağı Pınar neighbourhood. A subterranean city used by the first Christians is located in the same area, too. As seen by the spaces for worship, the subterranean city was used up to the 13th century.

The most prominent monumental buildings in the city centre were built during the Danishmend, Seljuk and Ottoman eras. The 13th-century Hunat Hatun Complex, the first Seljuk complex in Anatolia, is comprised of a mosque, madrasah, tomb and a public bathhouse. Each building has its own specific features and the masonry work of the whole complex is exceptional, and you may easily spend hours there without noticing how time flies.

The madrasah is now a shopping centre. In the south of the complex stands the beautifully decorated Döner Kümbet of 1276, a Seljuk mausoleum of classic simplicity. As a major Seljuk city, Kayseri was an important centre of education. Consequently, there are many madrasahs among the historical buildings. Those interested in Seljuk architecture should visit the Çifte (Gıyasiye and Şifahiye) Madrasah, the first Seljuk school of anatomy which is now the Gevher Nesibe Medical History Museum. Nearby is the lovely Sahabiye Madrasah and near the city’s bedesten (covered bazaar) is the restored 12th-century Ulu Mosque. The Hacı Kılıç Mosque, north of the Çifte Madrasah, dates from 1249. In the Cumhuriyet quarter, the 19th-century Reşit Ağa Mansion houses the Atatürk Museum which displays Atatürk’s personal belongings. Across from the Atatürk Museum, the historical Güpgüpoğlu Mansion is now an Ethnography Museum. In the south of Kayseri in Develi three more important Seljuk buildings are to be found: the Ulu Mosque, the Seyid-i Şerif Tomb and the Develi Tomb. The nearby Sultan Marshes is the habitat of many bird species. It is of interest both to ornithologists and nature-lovers. On the same road is Sultanhanı, a caravanserai built by the Seljuk Sultan Alaeddin Keykubat in the early 13th century and it is a favourite stop for tourists.

The city is spread out at the foot of the extinct volcano Mount Erciyes, where in winter the ski centre offers excellent runs for downhill skiers and several pleasant hotels.

Kapuzbaşı Waterfall is 176km south of Kayseri and it is a beautiful site of seven mountain-face springs which fall from heights ranging between 30m and 70m.

Kayseri is one of the most important carpet and kilim (rug) production centres in Anatolia. The town of Bünyan is most famous for carpets while Yahyalı is most renowned for rugs. Rugs woven in finely knotted floral patterns retain a centuries-old tradition and locally produced items can be purchased from Kayseri’s carpet shops. 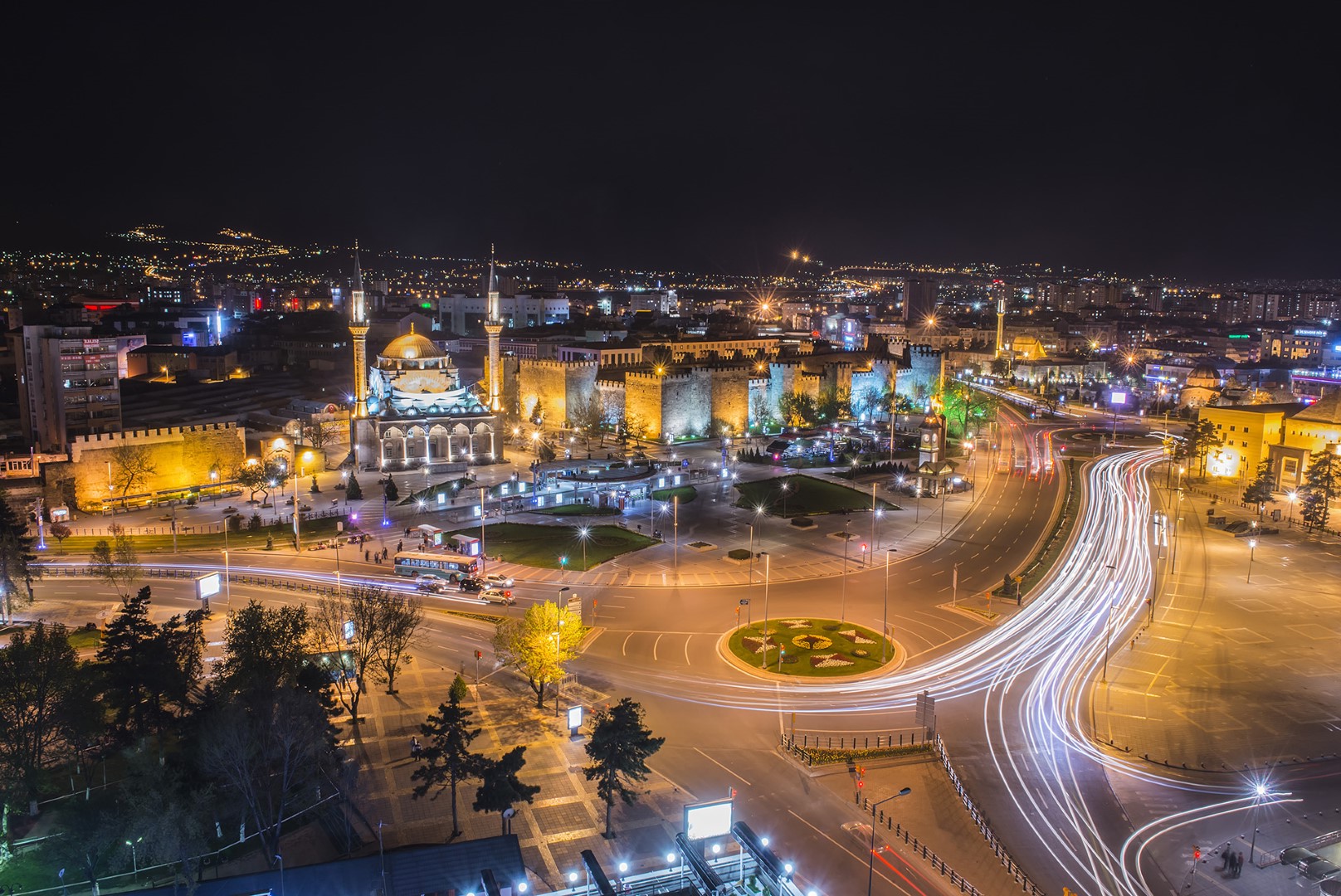 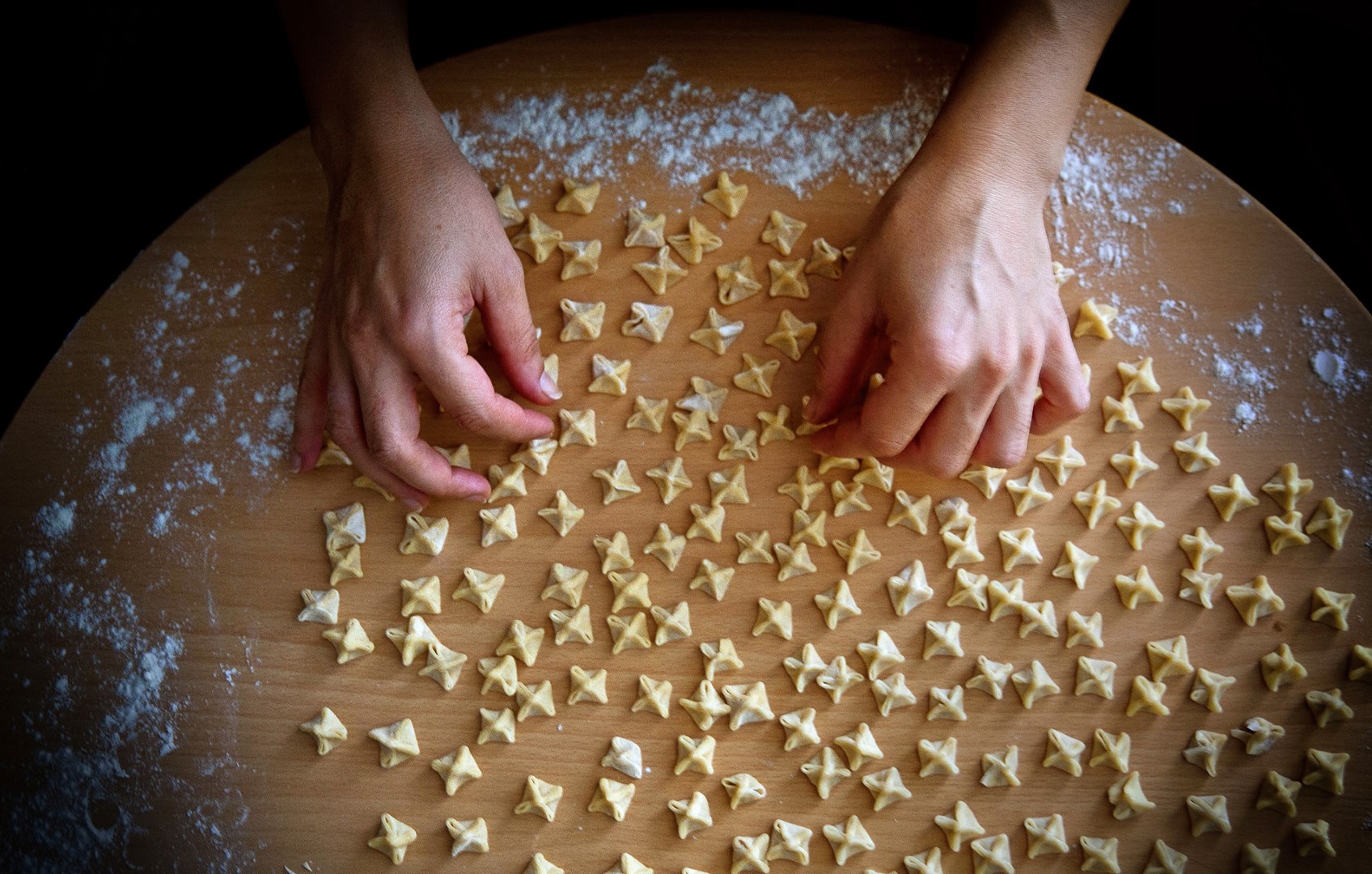 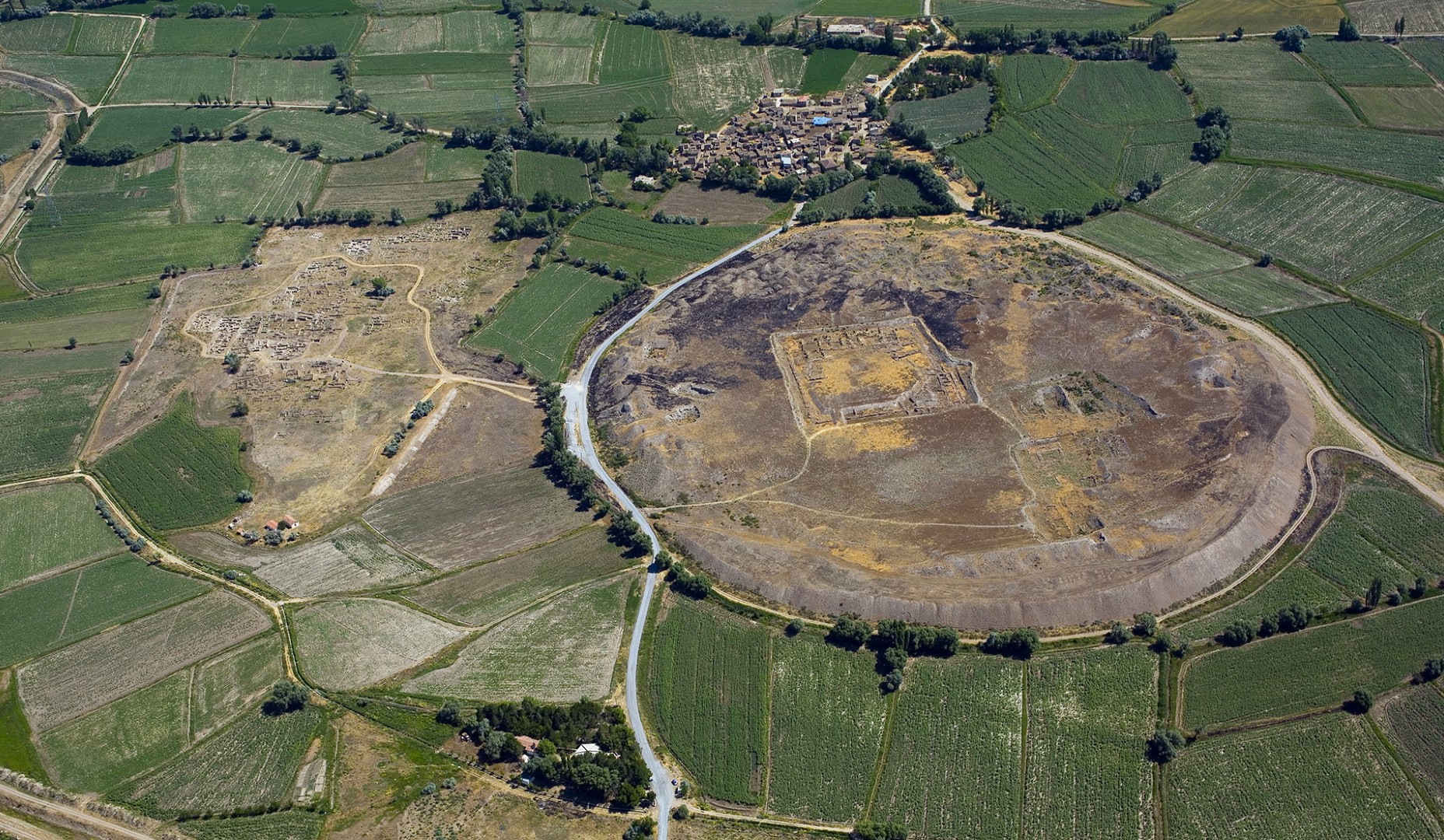 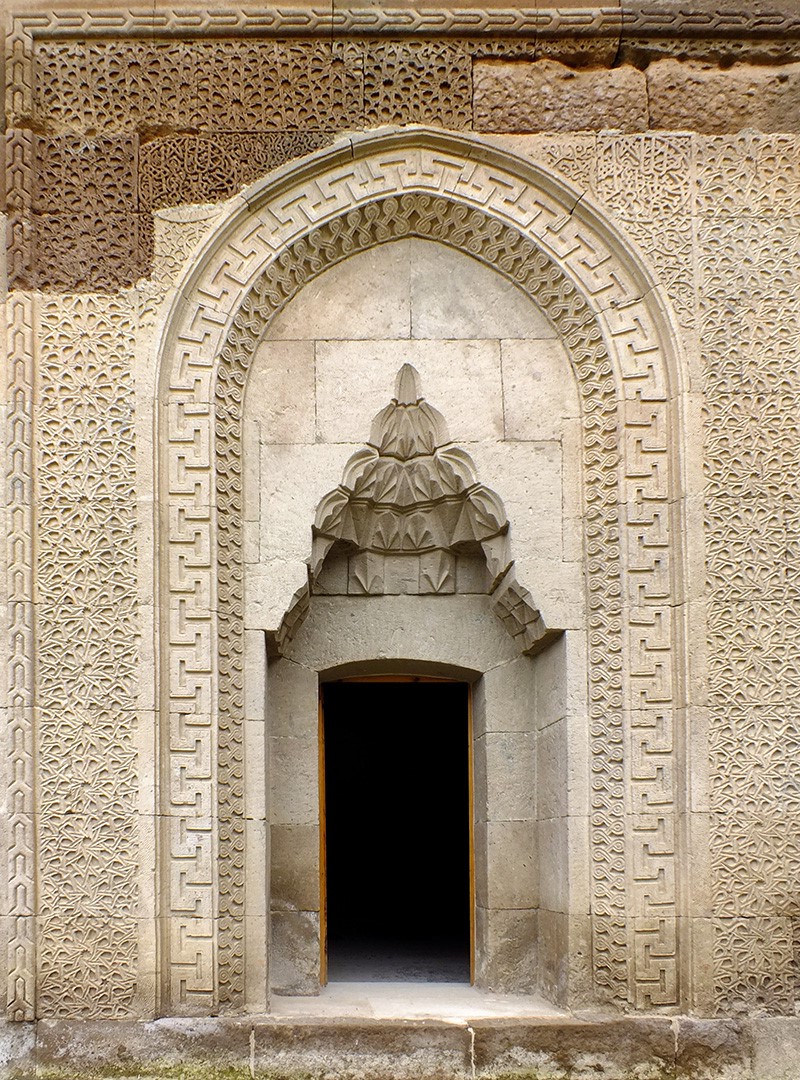 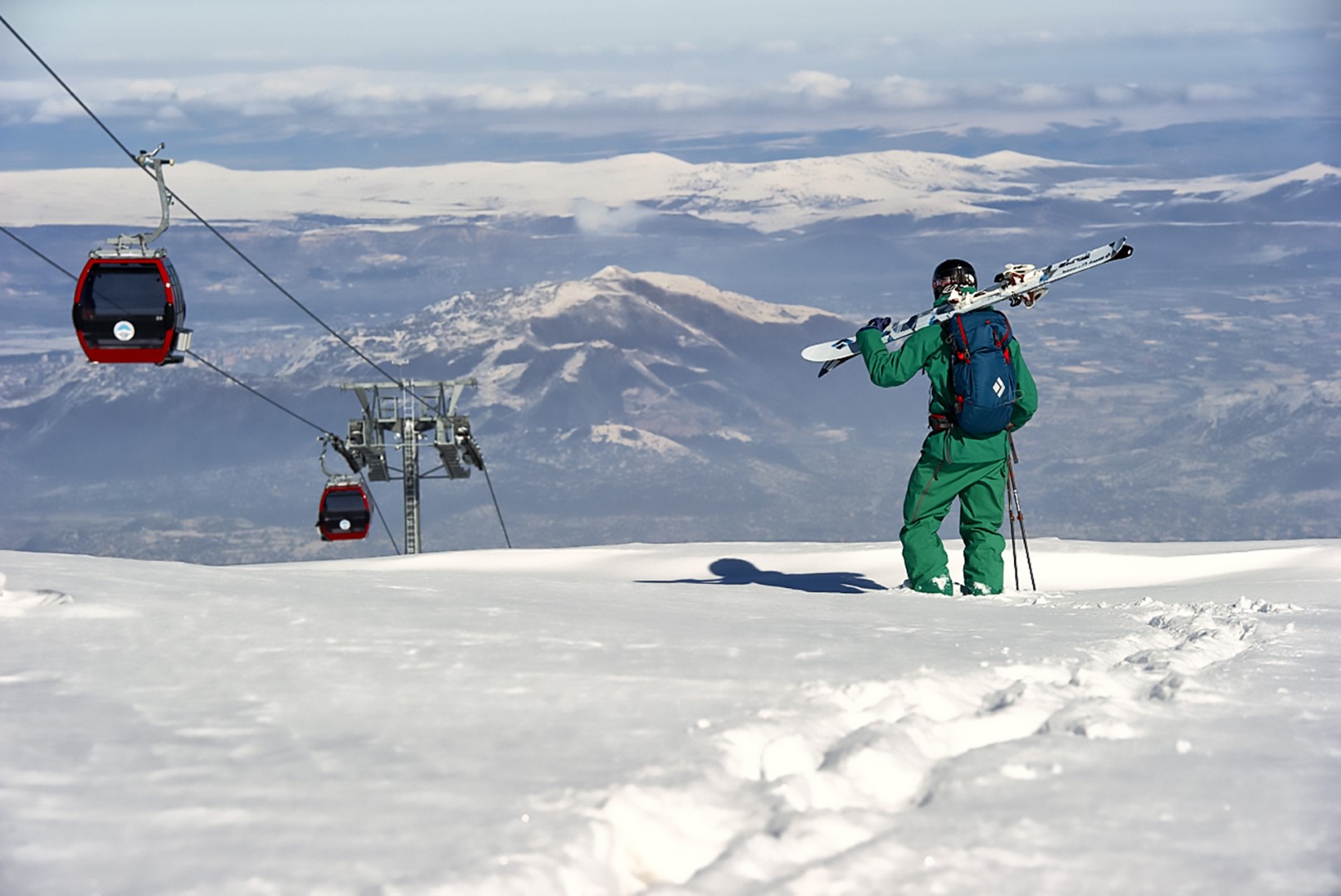 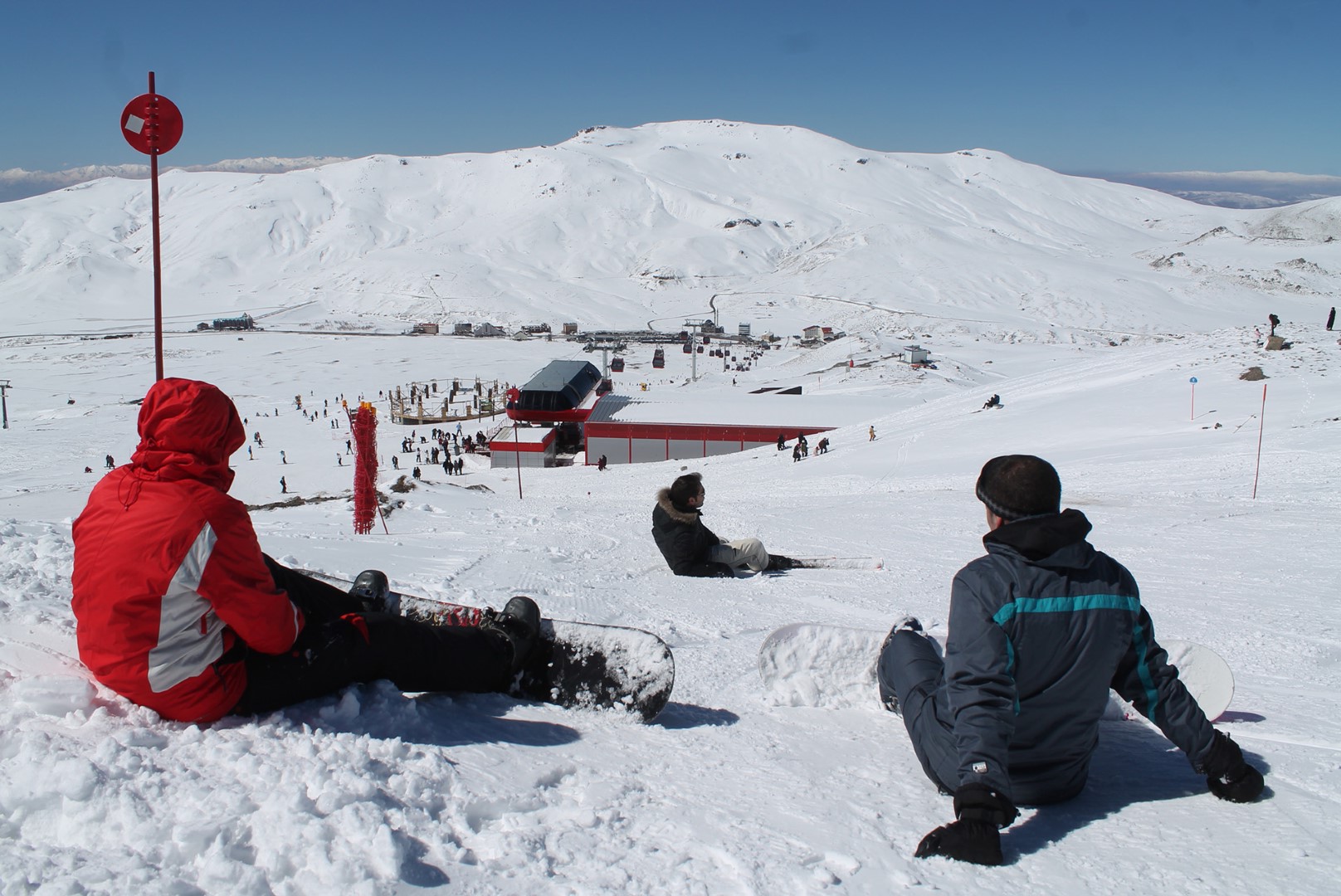 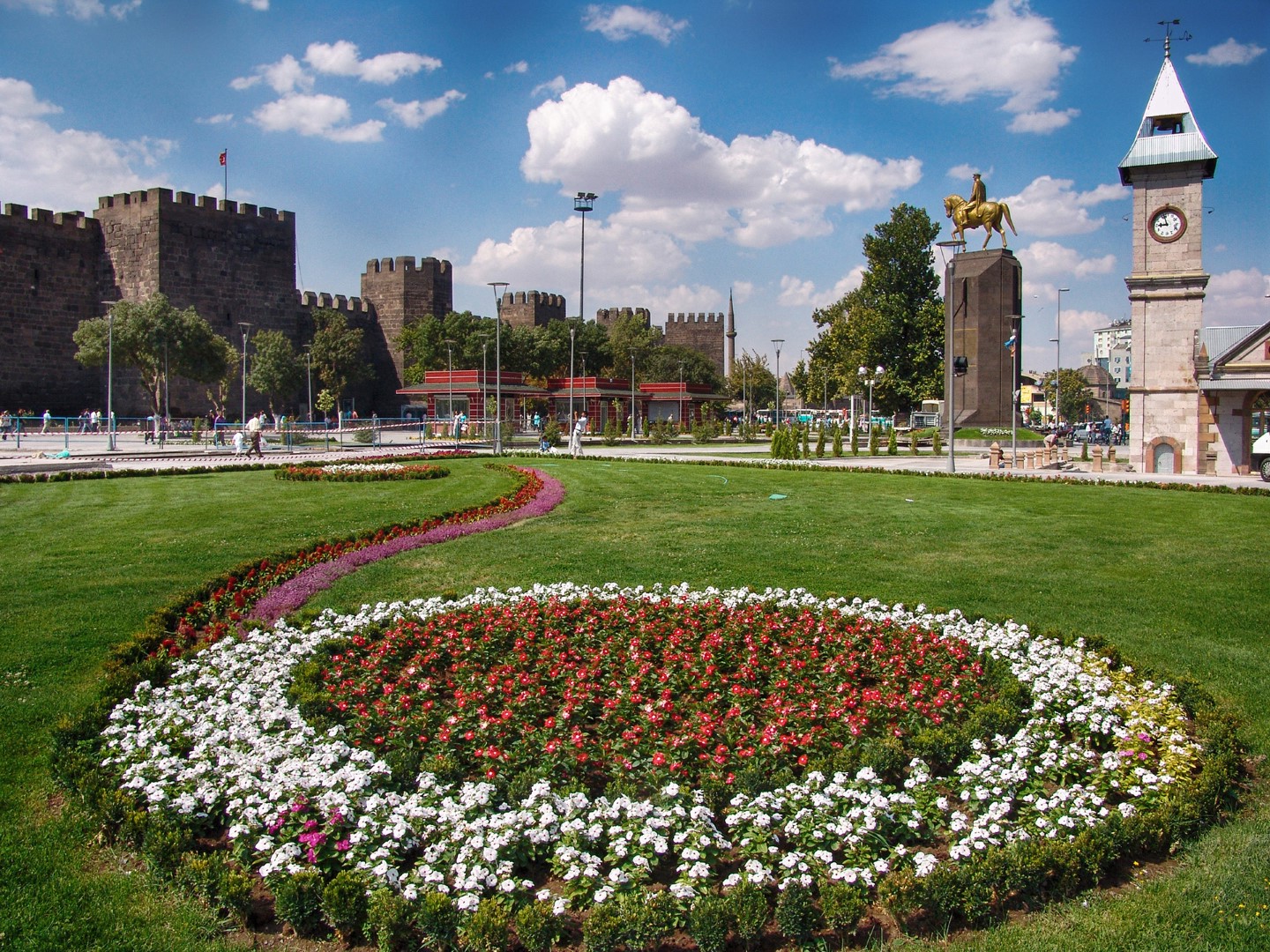 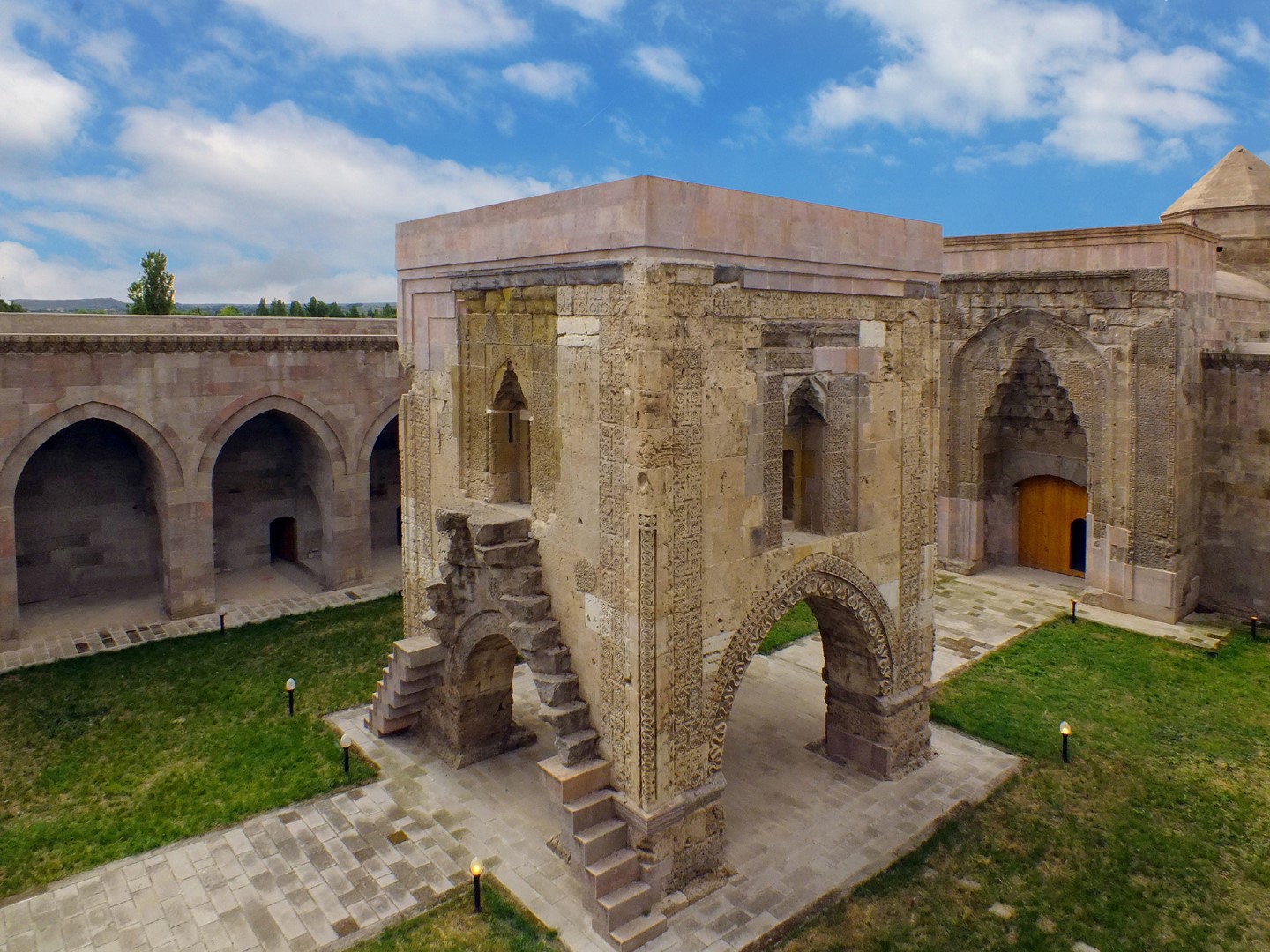 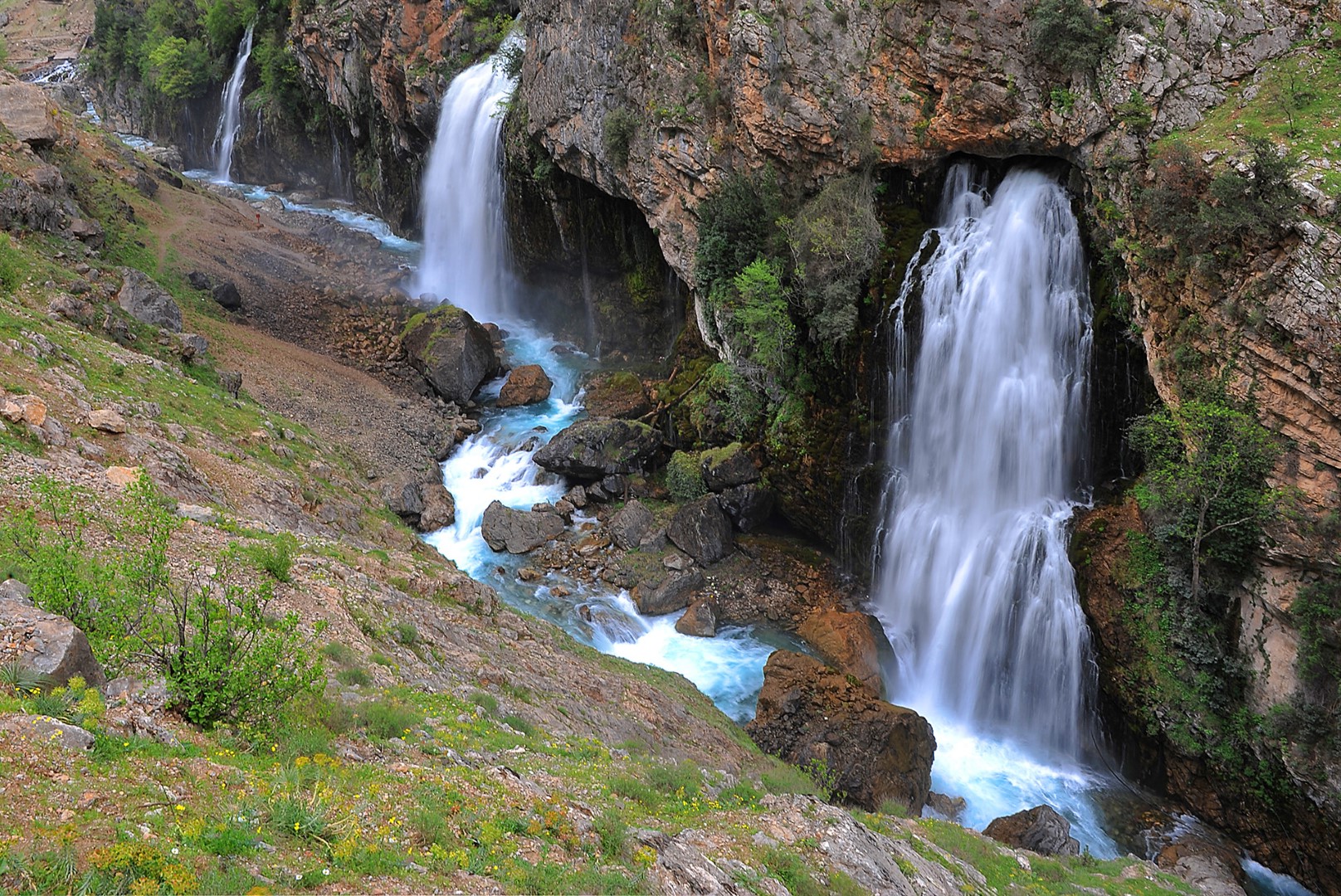 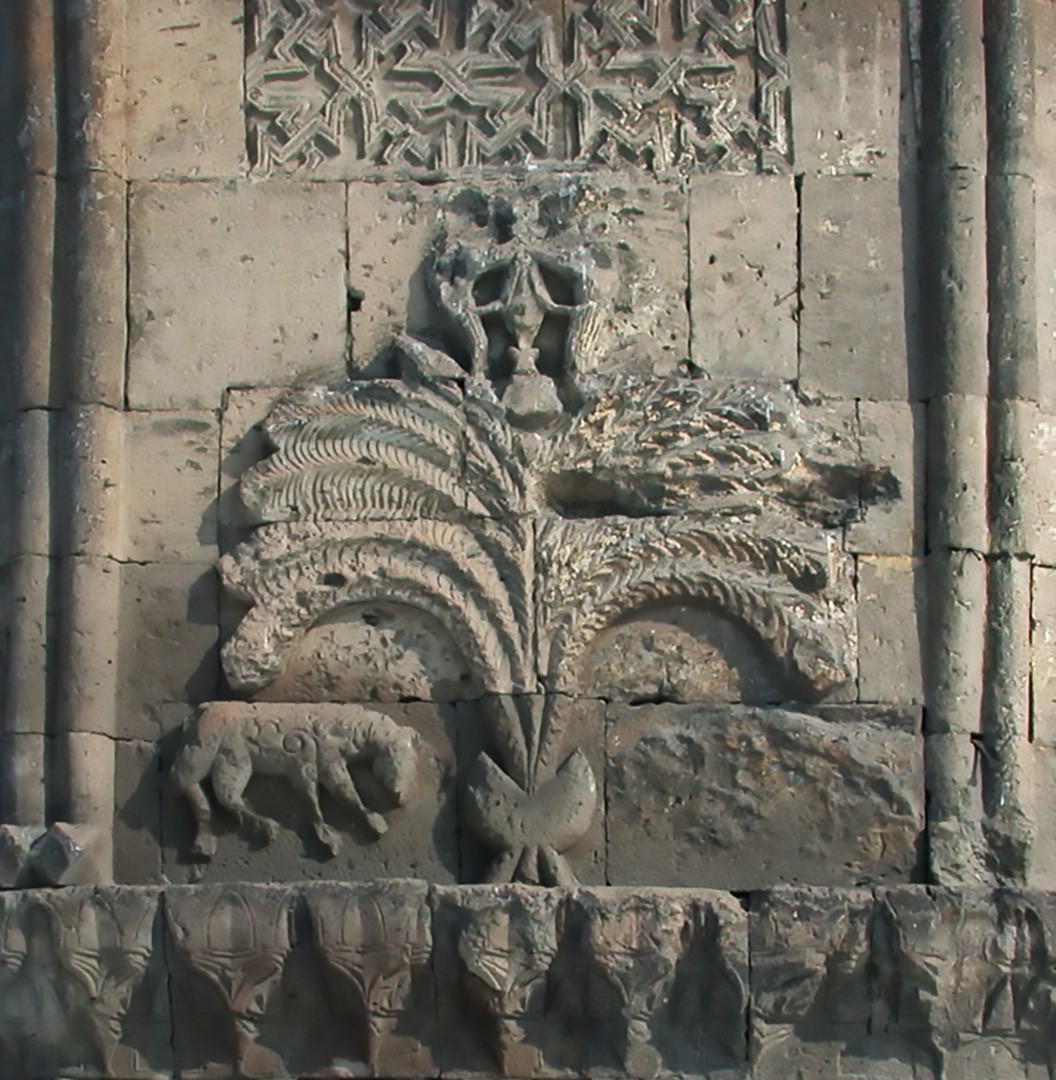